A first information report (FIR) was registered against Pakistan Tehreek-e-Insaf (PTI) Chairman and former prime minister Imran Khan under the Anti-Terrorism Act (ATA) for threatening an additional district and sessions judge and senior police officers of the Islamabad Police at a rally in the federal capital’s F-9 Park. 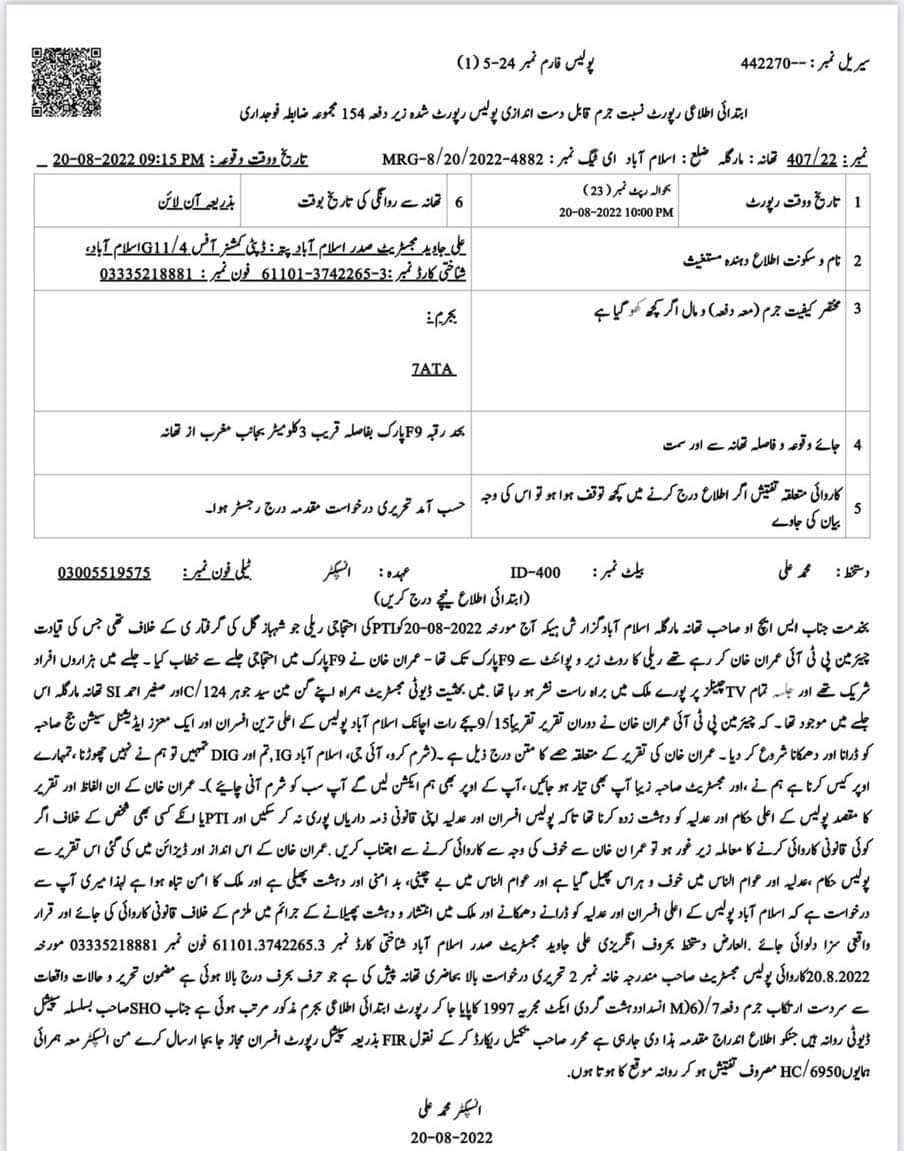 The FIR was registered on the complaint of Magistrate Saddar Islamabad, Ali Javed in the Margalla Police Station of Islamabad under Section 7 of ATA on Sunday.

The FIR states that Imran Khan’s speech was aimed to spread unrest and terror among the people. The FIR has been registered by Inspector Muhammad Ali.

Meanwhile the Islamabad Capital Territory (ICT) Police on Sunday slammed the Pakistan Tehreek-e-Insaf (PTI) Chairman Imran Khan for his ‘threats and allegations’ against the department.

Responding to the allegations on Sunday, the capital police said that it will “continue to perform its duties diligently” and that “anyone making threats and allegations will be dealt with according to the law”.

Reiterating its commitment to serving the nation, the police also stated that it had “taken an oath to serve the country at all times” and added that “all officers and personnel are rendering their services with full responsibility and will continue to do so”.

“ICT police as an institution will take legal action against all false allegations,” the statement said.

It is pertinent to note that on Saturday, the coalition parties of the incumbent government had urged the superior judiciary to take immediate notice of the ex-PM’s threat to a female judge during his speech delivered during the rally as well.

During the rally, Imran had alleged that Additional District and Sessions Judge Zeba Chaudhry knew that Gill was tortured, but she did not release him on bail. He had threatened to take action against the judge along with Islamabad police officials.