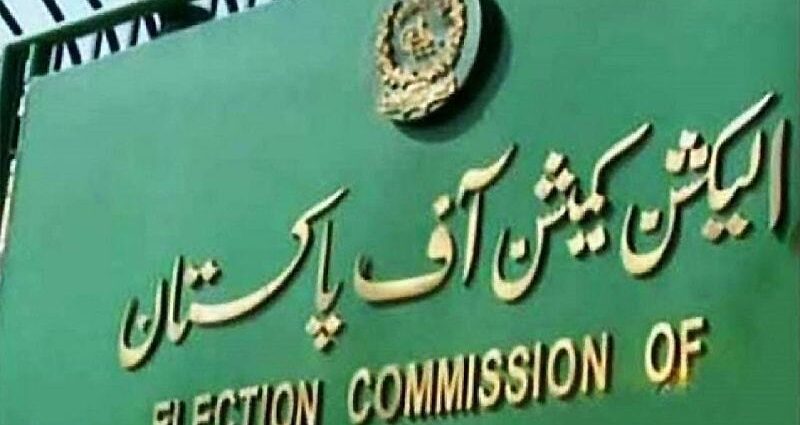 The petition before the electoral watchdog stated that the defection of the former PTI members had caused “immense loss” to the PTI-led majority in the provincial assembly and subsequently “gave rise to a contentious dispute” between Punjab Chief Minister Muhammad Hamza Shahbaz Sharif and Chaudhry Pervez Elahi.

It maintained that the respondents of the petition had voted for Hamza Shahbaz, against party orders to support Elahi, thus allowing THE PTI to become an “ostensible minority” and allowing Hamza to “assert success in a disputed election”.

The petition highlighted that the ECP on May 20 had declared the respondents to “be guilty of defection” and was declared to no longer be members of the Punjab Assembly, with their seats “accordingly held vacant under the referred provision of the Constitution”.

It further stated that the Supreme Court of Pakistan judgment of May 17 had confirmed that the defectors’ votes were not to be counted in the assembly, causing a “severe setback to” Hamza Shahbaz with reference to his election in the PA.

The petition said that in the upcoming Punjab by-elections with 20 remaining constituencies, the “defectors of PTI have been directly incentivised/rewarded with party tickets by PML(N) which now claims to hold majority” in Punjab.

“The party tickets by PML (N) have been given to these defectors as a reward/incentive for their participation in a conspiracy which succeeded due to their unholy/immoral and unlawful defection and thereby thus deposed a democratically elected government in Punjab,” the petition stated.

Keeping in view that the “defectors” had not challenged nor appealed the decision of the commission rendering them guilty of violating their party affiliation, the PTI pleaded that the respondents be disqualified from partaking in the upcoming by-elections.

“As per the mandatory requirement of Article 62(1)(f) of the Constitution, the respondents are not eligible to contest or to be elected a member of the Punjab Assembly in the scheduled elections to be held on July 17, 2022. They are most certainly disqualified for the same,” it stated.

It further said that the ECP had to ensure that people who did not meet the criteria of Articles 62 and 63 of the Constitution were not allowed to contest elections and that their disqualification was “enforced”.

The petition prayed that “the respondents be forthwith debarred and restrained to participate/contest the referred by-elections by the Commission; directions be graciously issued to all state functionaries/officials to act in accordance with the direction of the Commission”.

Meanwhile the PTI on Wednesday filed a petition in the Election Commission of Pakistan (ECP) against “pre-poll rigging” ahead of the by-elections on 20 Punjab Assembly seats scheduled for July 17. The petition was filed by PTI’s Omar Ayub Khan.

The petitioner stated that he was actively participating in campaigning for the upcoming polls when he observed “numerous irregularities and things that are impeding fair and impartial elections”. He highlighted that the electoral watchdog was bound to conduct free, fair and transparent election in accordance with the law.

Highlighting 19 constituencies where by-elections are to be conducted, he alleged that voter lists had been altered while voters had been “reshuffled” in violation of the Election Commission Act, 2017.

The petition stated that the total number of voters as per the lists issued in 2018 and 2020 was 2,239 and 2,875, respectively, which rose to 5,573 in May 2022. “This sudden increase is ambiguous and casts serious doubts on the transparency of [the] upcoming by-elections.”

The petitioner said that the way things stood in the province, “no free, fair, transparent or impartial elections” could be held. He alleged that officials, on the directives of the “acting government”, were “taking notes and interfering” with the upcoming by-polls.

“A prime example is of DC Rajanpur, who can be seen campaigning with PML-N candidates which is a clear violation of both ethics and Section 187 of the Election Commission Act, 2017.”

He also alleged that the Jhang district police officer had clearly been posted to commit “pre-poll rigging” while the government’s candidate for PP-07 was offering bribes to voters in an effort to influence them.

Addressing a press conference in Lahore later in the day, PTI leader and former minister for information and broadcasting Fawad Chaudhry reiterated the party’s claim that pre-poll rigging was being conducted prior to the by-polls. He alleged that the party’s candidates and workers were being harassed by the police, who were acting on the directives of the provincial government.

He claimed that the provincial government was trying to portray as though it was receiving “orders from above”. “The establishment should beware of the snakes up their sleeves such as Attaullah Tarar and Rana Sanaullah. They are carrying out [raids] and putting it on the establishment.”

Fawad Chaudhry went on to claim that the government had planned pre-poll rigging in some areas and later tried to shift the blame onto the establishment.

The PTI leader stated that the party had approached the ECP for the disqualification of 19 candidates in the race who had been de-seated for defection. He expressed the hope that the petition would be taken up in a day or two. “In this way, at least genuine PML-N candidates will participate on the election.”

He also claimed that failure of PML-N Vice President Maryam Nawaz’s election campaign had forced the government to forfeit ministers in order to retain its hold over Lahore. “Half the cabinet had to resign because no one was satisfied with Maryam’s campaign.”

Post Views: 104
2022-07-14
Previous Post: Six terrorists killed in an IBO in North Waziristan
Next Post: He is ready to arrest Imran Khan on punishment of violation of the constitution. Rana Sana