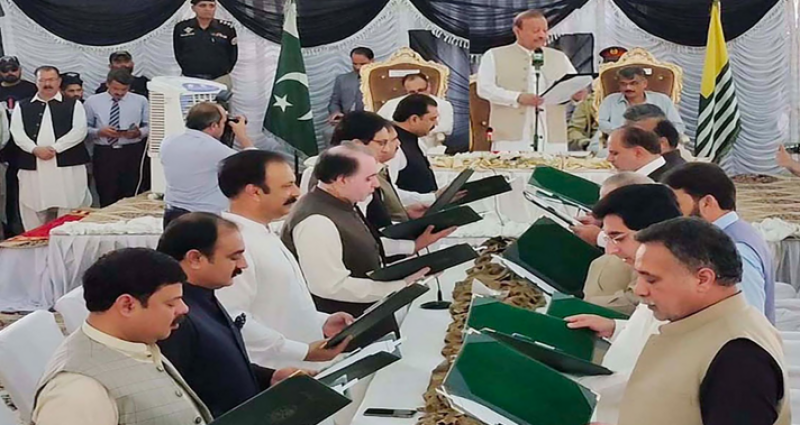 President Azad Jammu and Kashmir Barrister Sultan Mehmood Chauhdyr administered the oath to the newly appointed 14-cabinet members at a ceremony in Muzaffarabad on Monday. After the induction of 14 new members the total number of the AJK cabinet members reached 16.

It is worth mentioning here that Khawaja Farooq and Chaudhry Ikhlaq had worn in as ministers on 18th April. Portfolios of the ministers would be announced later on.