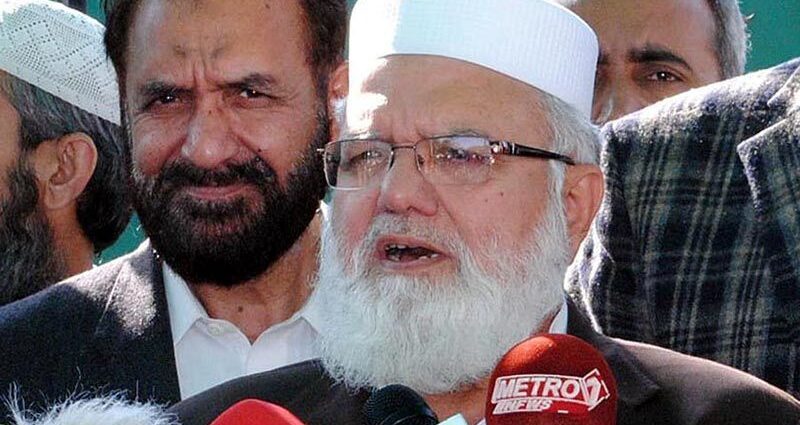 Deputy Chief of Jamaat-e-Islami, Secretary General of Milli Yakjehti Council Liaqat Baloch while addressing Al-Quds Seminar of Palestine Foundation, Iftar Dinner of Punjab University Employees and Taraweeh Khatam-e-Sharif at his residence said that fasting, recitation of Qur’an and attainment of Taqwa in the month of Ramadan through good deeds is the message of unity of the Ummah. Repentance is very pleasing to Allah. Let the whole Ummah return to Allah, only by returning to Islam can the crises of the Islamic nation be ended. Lying, hypocrisy, deceit and separatism lick the believer like termites.

Liaqat Baloch said that Israel is a fistula on the chest of the world. The United States, Europe and the global colonial Zionist powers are destroying the peace of the whole world by illegally patronizing Israel. For Pakistan, standing firm on the issue of Palestine strengthens the Kashmir case. Israel is an illegitimate state and the legitimate state of Jammu and Kashmir is illegally occupied by India. Let the international community abandon prejudice and impartiality and give the people of Palestine and Kashmir the basic right to freedom.

Liaqat Baloch said that Punjab University is the ancient mother of knowledge. It has a central place in Pakistan’s educational institutions. The ideal working relationship of teachers, students and employees guarantees the growth and stability of the organization. The government and the Punjab University administration should solve the problems of the employees on priority basis. Restoring the democratic rights of the students, the elected student union is essential for the development and stability of the institution.

Talking to media persons, Liaqat Baloch said that Imran Khan government’s performance disappointed the entire nation. The success of the no-confidence motion has provided an oxygen cylinder to the PTI but it is a temporary relief. Imran Khan could not run the government, could not give relief to the people, nor could he keep the party members and allies together. Incompetence, failure, arrogance and pride led to the end of his government. The rhetoric of US intervention or conspiracy cannot last long. It is not possible for the new coalition government to pull the country out of the constitutional, political, economic and administrative crisis. Four years of the nation were ruined, let not another year be ruined. The coalition government should make electoral reforms and move towards fresh elections as soon as possible, otherwise the political crisis will be serious and complicated. The role of PTI constitutional officials in the no-confidence motion and government formation process in Punjab is shameful and unconstitutional.