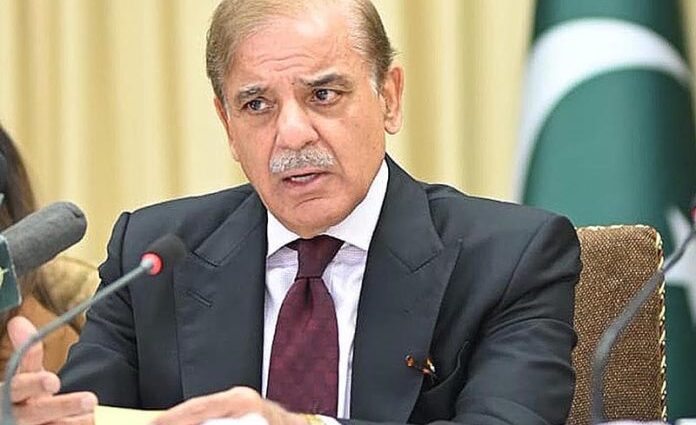 Pakistan is coming out of difficult times: PM Shehbaz Says pledges of $9b made at Geneva Conference great victory of Pakistan

Pakistan is coming out of difficult times: PM Shehbaz

Prime Minister Mian Muhammad Shehbaz Sharif has said the pledges of $9 billion made at Geneva Conference is a great victory of Pakistan.

PM Shehbaz Sharif was addressing the members of Pakistani delegation in Geneva on Tuesday. The Prime Minister said credit of this success goes to the team of Pakistan comprising cabinet members, envoys and other officials who worked with the sincerity of purpose.

Shehbaz Sharif said the whole world saw for itself the demonstration of unity by Pakistan on a foreign land. He said the provinces were also taken along and they were encouraged to present their case at the moot.

Shehbaz Sharif said the real challenge now is to materialize these pledges into action. He said some amounts will provide us the budgetary support but a major chunk of the pledges will go to the projects. He said we will have to enhance our technical expertise and deliver on the ground with the same spirit of teamwork.

Meanwhile, Prime Minister Shehbaz Sharif has said the pledges of nine billion dollars made at Geneva conference for the reconstruction and rehabilitation of flood-affected areas is a manifestation of the world’s confidence in Pakistan’s coalition government.

In a statement on Tuesday, he said this huge amount is not less than a divine help.

He said this is the success of the unity of federating units and 220 million people of Pakistan. He expressed the commitment to steer the country out of quagmire of crises with the same spirit of teamwork.

He assured the transparent utilization of the pledges through a third party audit.

The Prime Minister thanked the international partners especially the UN Secretary General for their support to the flood victims.

Shehbaz Sharif expressed his special gratitude to the Saudi Crown Prince and Prime Minister Prince Mohammad Bin Salman for taking a generous and fraternal step in addition to the conference.

The Prime Minister also commended the efforts of all relevant departments and ministries for the success of Geneva conference.

The Prime Minister said Pakistan is coming out of difficult times and with the help of God Almighty and the cooperation of the people, we will face every difficulty with courage and wisdom