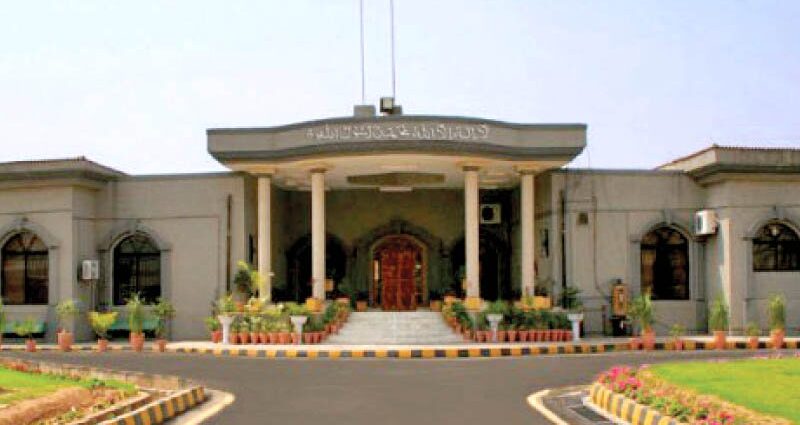 The Islamabad High Court (IHC) has partially allowed the Pakistan Tehreek-e-Insaf’s intra-court appeal challenging an earlier order that directed the Election Commission of Pakistan (ECP) to decide the PTI’s prohibited funding case — previously referred to as the foreign funding case by the commission — within 30 days.

A two-member bench, comprising Chief Justice IHC Athar Minallah and Justice Babar Sattar, stated in the 4-page judgment which was released on Thursday that “we partially allow the appeal by setting aside the judgment, dated 01-04-2022, to the extent of the direction ‘to decide the pending complaint within period of thirty (30) days’.”

The judgment further stated that the ECP was expected to “complete the pending proceedings against other political parties within a reasonable time and in a fair, just and transparent manner”.

He had also rejected the PTI’s request to prevent access to the case’s record to PTI founding member Akbar Sher Babar and a request to remove him from the case proceedings.

The PTI had filed petitions on January 25 and 31 regarding the above two requests that were subsequently rejected by the ECP on March 15. The party had then filed a petition challenging the ECP’s decision to dismiss the pleas.

Subsequently, the PTI had filed an intra-court appeal in April challenging the IHC’s decision.

In the judgment released o n Thursday, the two-member bench observed that the PTI had raised objections against Babar’s participation in the ECP proceedings and the manner in which the case had been dealt with.

The election commission was a constitutional body and was empowered to regulate its own proceedings, the bench observed.

“A plain reading of the [Political Parties] Order of 2002 as a whole affirms that the proceedings thereunder are not of adversarial nature. The status of the respondent, Akbar Sher Babar, is thus no more than an informer. The latter, therefore, cannot assert a right to be treated as if the dispute is of an adversarial nature.”

The judgment stated that the ECP’s representative had unequivocally stated before the court that cases of all political parties were being dealt with fairly and transparently. “There is nothing on record to indicate that the appellant (PTI) has been treated differently. It would not be appropriate for this court to give a direction to the [Election] Commission on the basis of unsubstantiated apprehensions.”

The bench was not persuaded that the PTI had been prejudiced in any manner, the verdict noted. It referred to the statement made by the ECP representative and stated that the court did not have reason to doubt that all political parties would be given equal treatment and their cases would be concluded with due diligence and in a reasonable time.

The “foreign funding” case, which was filed by Akbar Sher Babar, has been pending since Nov 14, 2014. Babar, who was a founding member of the PTI but is no longer associated with it, had alleged serious financial irregularities in the party’s funding from Pakistan and abroad.