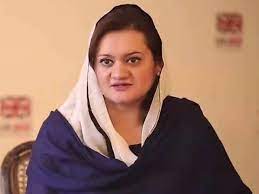 Minister for Information and Broadcasting Marriyum Aurangzeb has said that Pakistan in line with the vision of Prime Minister Mian Muhammad Shehbaz Sharif wanted to further strengthen relations with United Arab Emirates (UAE) in all fields including trade and business.

During a meeting with Ambassador of United Arab Emirates to Pakistan Hamad Obaid Ibrahim Al Zaabi who called on her in Islamabad on Thursday.

They discussed issues of mutual interest and the development of bilateral relations between the two countries.

The two leaders sought to promote strong ties between the two countries in all areas of mutual interest, including economy, trade and social sector, she remarked.

The UAE ambassador said that according to the vision of the leadership of both the countries, they believe in further enhancement of bilateral relations.