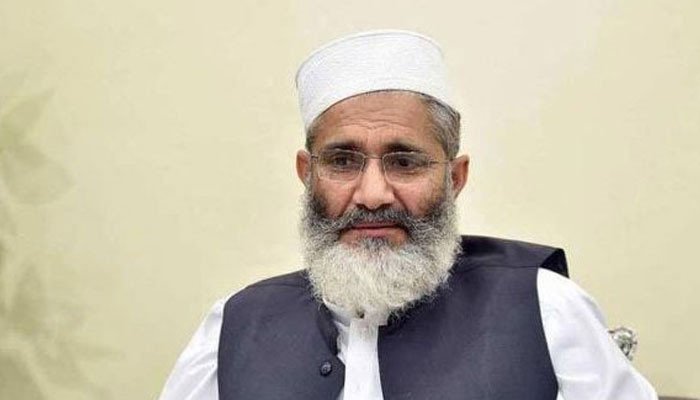 People of KP are ready to reject the fake change on 31st March: Sirajul Haq He advised the politicians and again advising them to not throw the country towards anarchy,

People of KP are ready to reject the fake change on 31st March: Sirajul Haq

Says we will give surprise in local government election

Emir Jamaat-e-Islami Pakistan Sirajul Haq has said that the people of Khyber Pakhtunkhwa are ready to reject the fake change on 31st March, adding that we will give surprise in local government election. He said that the nation is seeing the play of politics based on interests, adding that all big players have been exposed. He said that political confrontation going on from last one month has only caused harm to nation and country.

This was stated by Emir JI Pakistan Sirajul Haq while talking to different delegations met him at Jandol in Lower Dir on Tuesday. Polling for the second phase of the LG in KP will be held tomorrow (Thursday). Sirajul Haq addressed public gatherings and election rallies in different areas of Malakand Division in recent days.

Sirajul Haq said that it is his appeal to the people of Khyber Pakhtunkhwa to pose confidence in JI candidates in local government elections, adding that whenever we have been given chance we have made examples of public service. He said that the nation will have to stand for its rights, adding that the future of the upcoming generations could not be handed over to the landlords and waderas. He said that Pakistan was established on the name of Islam and Islam is the path of its progress and prosperity.

Sirajul Haq said that government party in KP is blatantly violating the election laws while using the government machinery, adding that the Election Commission of Pakistan should take notice of the irregularities. He said that JI talks about the free and transparent elections in the country, adding that we have shared the complete draft of the election reforms with ECP and political parties. He said that the only solution of the current political confrontation is the transparent elections, adding that it is our advice to both parties to agree on this. He said that 220 million people should be given right to make decision about their future, adding that the masses are the real stakeholder and they could not be further sidelined.