Addressing a press conference alongside PPP Chairperson Bilawal Bhutto Zardari and Balochistan-based MNA Sardar Muhammad Aslam Bhootani, Asif Aliv Zardari said they invited the Q-League to become part of their movement to ‘save Pakistan’ but due to its shortsightedness, the Punjab-based party went to the other side.

“Pervaiz Elahi can never become the chief minister of Punjab as he doesn’t have the required votes,” he said, adding that the change of hearts by the Chaudhrys was perplexing. He said the next chief minister will be from the opposition as it has the required number in the province.

In response to a question, Asif Zardari said he relieved that the establishment “was neutral”. 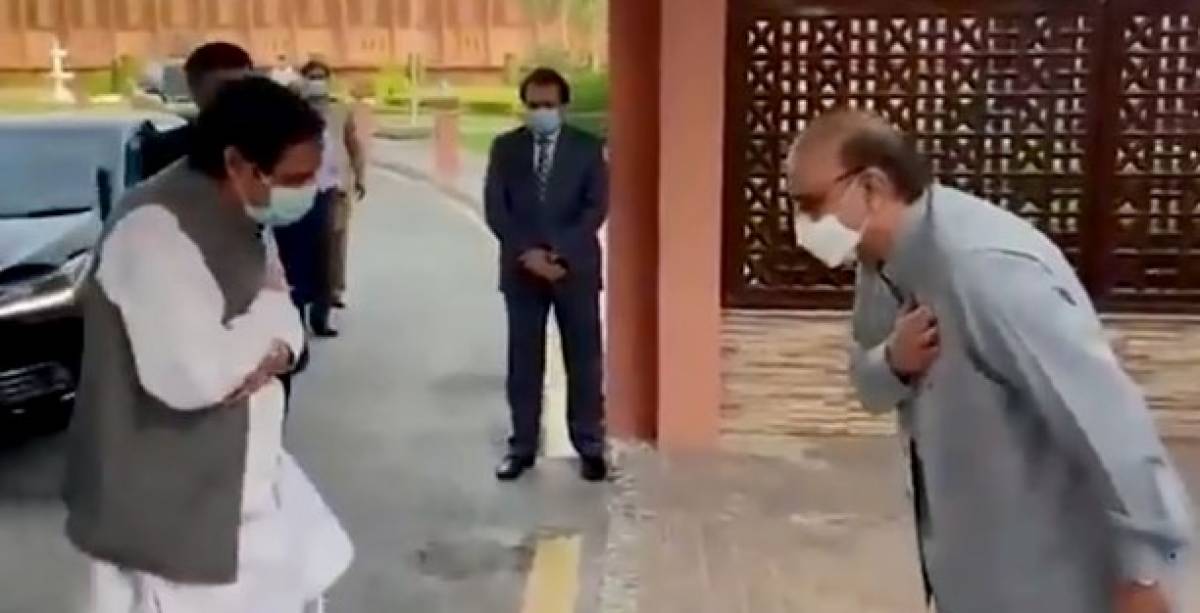 Responding to questions of the journalists, Asif Zardari said that he had invited PML-Q and they congratulated me at midnight but went somewhere else in the morning.

CM Sindh and the Sindh cabinet are conducting dialogues with the MQM. Insha Allah, good news is expected. We will bring a change in Punjab as per our will. PTI cannot make Pervaiz Elahi the CM as it does not have the numbers in the Punjab assembly, we do. It is too late now. The opposition will jointly nominate a candidate who will become the CM Punjab. I believe and hope that the establishment is neutral, former president Asif Zardari said.

Responding to questions, Chairman PPP challenged Imran Khan to bring the ‘letter’ before the country. He said that it is Imran Khan’s habit to make false allegations. The numbers of the united opposition were sufficient when the no-confidence was submitted and have only increased since then. It was our desire to take along the allies as we believe that consensus is necessary for electoral reforms in the future.

As far as the MQM is concerned, there is not a single demand of theirs that we did not agree to. PPP has decided to find mutual ground with the MQM and form a long-term working relationship for the sake of Karachi and Pakistan.

We have and always will strive for the provinces to get their rights. People from Balochistan have played the primary role in the no-confidence, as they are coming forward with their decisions courageously.

The Speaker now cannot even think of doing something unconstitutional. We hope that our judiciary will not let rigging take place. We hope that it fulfils its responsibility.

Imran wanted to weaken the ECP and bring RTS+ through the EVMs to rig the 2023 elections. Ali Wazir’s production orders should be issued by the Speaker. Responding to a question about one of the PPP members, Chairman Bilawal said that it is the right of an individual to be granted bail by the court and the court has done so. I hope that the courts will take contempt action against those who are threatening to go against its orders.

Responding to a question about the imposition of the Governor’s rule in Sindh, Chairman PPP challenged the government to try to do so.

On the occasion Sardar Muhammad Aslam Bhootani said he has also joined the opposition alliance for the sake of Zardari. “I am hugely indebted to Zardari and I will go anywhere he will ask me,” he added

Post Views: 261
2022-03-30
Previous Post: People of KP are ready to reject the fake change on 31st March: Sirajul Haq
Next Post: Russia-Ukraine Conflicts. has also exposed the double standards of the world powers