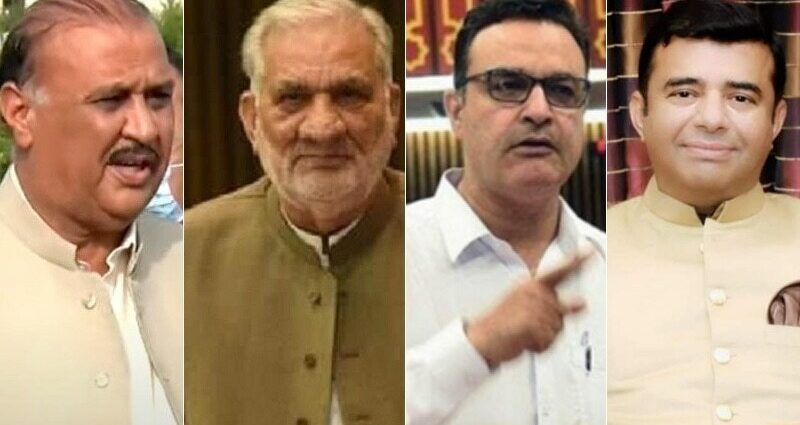 Noor Alam Khan, Ahmed Hussain Dehar respond to show cause notice PTI had issued notices to 14 dissident members of the National Assembly with a deadline of March 26

The Pakistan Tehreek-e-Insaf (PTI) had issued notices to 14 dissident members of the National Assembly, giving them a deadline of March 26 to appear before party Chairman Imran Khan and respond to the show cause.

In a statement Noor Alam Khan said that, “The allegations against me are baseless and untrue. I did not give any interview in the media which needed clarification.” I have not left PTI nor have I separated from the parliamentary party, he added.

He further said that, “Article 63 of the constitution does not apply to me at all. I strongly deny the allegations made in the show cause notice.”

On the other hand Ahmed Hussain Dehar, a member of National Assembly from Multan confirmed his affiliation with PTI and stated that no evidence has been provided against me for leaving the party. I have always spoken the truth while staying within the party, adding that the prices of flour, ghee, dal, sugar etc. should be adjusted according to the prices of 2018 through subsidy.”

I have been urging to take steps in the public interest in accordance with the PTI’s manifesto, he said adding that after paying the electricity and gas bills, the common man and the poor have nothing left for children’s fees and food.

Further highlighting the issues of people he said that necessary facilities, doctors and other necessary equipments are not available in Burn Center of Nishtar Hospital Multan. Burnt children under the age of 6 are not admitted in Burn Center Multan and only plastic surgery is being performed there.

Burnt children are admitted to the children’s ward at Nishtar Hospital full of bacteria, he said adding that he had shown these pictures to the Prime Minister and the Chief Minister in the meeting at Governor House but they did not pay attention.

There is no justification for taking action against me under Article 63A of the Constitution, said Ahmed Hussain Dehar.