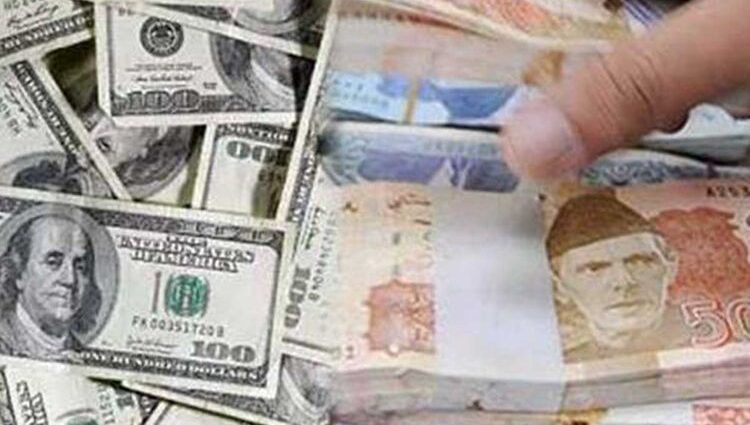 Rupee holds steady at 181.73 against US dollar Pakistani rupee ended level with the previous session's all-time low closing on Thursday

In: Business
Tagged: 181.73 against US $, interbank market., Pakistani rupee, State Bank of Pakistan

Rupee holds steady at 181.73 against US dollar

Pakistani rupee ended level with the previous session’s all-time low closing on Thursday as importers, wary of the firm trend in the dollar, continued their purchases of the US currency.

According to data released by the State Bank of Pakistan (SBP), the rupee closed at Rs181.73 against the US dollar in the interbank market.

The Pakistani rupee has depreciated by 12.33% (or Rs19.44) since the start of the current fiscal year on July 1, 2021, data released by the central bank revealed.

Currency dealers said political uproar ahead of a no-confidence motion against Prime Minister Imran Khan and vagueness about the International Monetary Fund (IMF) loan programme weighed on the rupee.

“The political turmoil is giving a bad impression about the future direction of the country’s economy,” a foreign exchange dealer said.

He further added that any delays in disbursement of the next loan tranche from the IMF’s Extended Fund Facility will add to the negative view.

He was of the view that reviving investors’ confidence was inevitable to put a stop to the downward trend of the rupee.

Meanwhile, Pakistan-Kuwait Investment Company Head of Research Samiullah Tariq wrote on Twitter: “We should remember that the [Pakistani rupee] depreciation we are witnessing today is due to stagnant to declining exports during the past decade.”

“This has changed now. But the huge imbalance which was created over the decade would take some time to fade away,” he said, adding that the market-determined exchange rate was essential to restore competitiveness for exports.