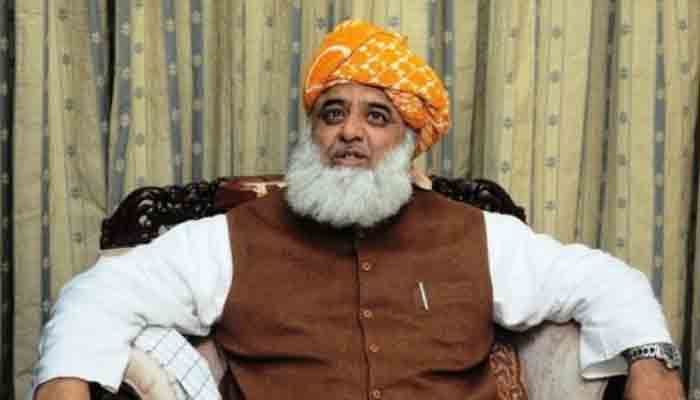 No-confidence motion will surely succeed, we will not fail, the number game is complete: Maulana Fazl

Pakistan Democratic Movement (PDM) President and JUI-F Chief Maulana Fazlur Rehman has said that the no-confidence motion will surely succeed, we will not fail, the number game is complete.

Talking to media in Peshawar after offering condolences with the heirs of the Kocha Risaldar Mosque martyrs, Maulana Fazlur Rehman said that the rulers have become alone and there is realization of defeat in them, adding that the matter is moving towards the no-confidence motion, adding that we will table the no-confidence motion in next few days. He said that the government while using money from the national exchequer is sending its members abroad, adding that this step is of fleeing and also committing loot and plunder on the national exchequer. He said that in no way this cheap tactic could save the government. He said that the numbers are complete and no-confidence motion is also ready, adding that planes are ready for fleeing the rulers out of country but these are fleeing while using the money from national exchequer and going outside the country on the name of tour and other names.

Maulana Fazlur Rehman said that after elimination of terrorist elements, peace and harmony had returned and people were living amicably in Peshawar but the recent attack was an attempt to destroy the established peace. He assured the heirs of the martyred in the recent attack that the evil designs of those who wanted to promote sectarian hatred would not succeed. Maulana Fazlur Rehman also prayed patience for the heirs of the martyred persons.

“Many operations were launched, people migrated in large numbers but despite the operations, terrorism started again”, he replied when a journalist asked him as to why Khyber Pakhtunkhwa and tribal districts had gone more restive and subversive elements were getting reinvigorated after change in Afghanistan.

Post Views: 115
2022-03-06
Previous Post: Farmers have been ‘economically murdered’ by creating an artificial crisis of fertilizer. Jawad
Next Post: if opposition will bring no-confidence motion we will support them: Senator Mushtaq