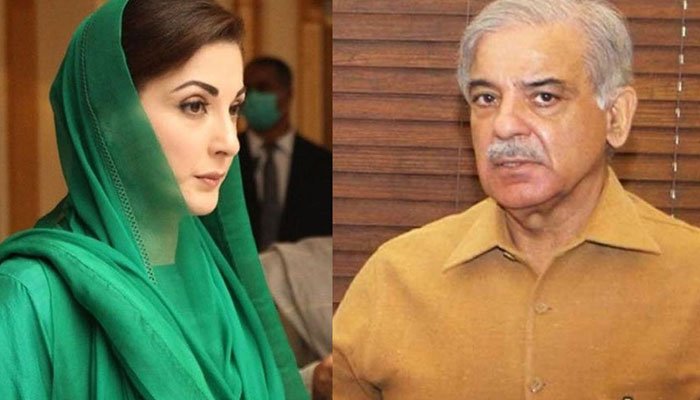 Imran Niazi should resign instead of depriving people of essential items with inflation: Shehbaz Daily increase in electricity tariff, electricity has gone out of reach of people. Maryam Nawaz

Imran Niazi should resign instead of depriving people of essential items with inflation: Shehbaz

Maryam Nawaz says with the daily increase in electricity tariff, electricity has gone out of reach of people

Leader of Opposition in National Assembly and Pakistan Muslim League-Nawaz (PML-N) President Mian Muhammad Shehbaz Sharif while rejecting the hike in power tariff said on Saturday that the opposition will save the people from the tyrannical government through no-confidence motion.

In his statement issued on twitter on Saturday, Shehbaz Sharif said that Imran Niazi should resign instead of depriving people of essential items with inflation. “It has been proved in four years that the government has only plans for inflation and corruption, adding that the people could not get relief.” He said that the end of the ineligible and corrupt government is the only source of providing relief to masses. He said that Imran Niazi everyday throws burden of inflation on masses and now preparations are made for throwing petrol bomb on masses.

Shehbaz Sharif said that anti-poor government daily issues order of inflation and now time has come when the masses will issue order of expressing no-confidence on the government. He said this government has only brought the change of inflation, adding that everyday the prices of the commodities are changed.

In her latest tweet, she said that this is the only government in which the people have been forced to carry out load shedding against themselves. She further said that with the daily increase in electricity tariff, electricity has gone out of reach of the people.

Maryam Nawaz said that after snatching bread and other household items, now the government has snatched the lights from the masses, which were returned to them by Mian Muhammad Nawaz Sharif.

Earlier on Saturday, the National Electric Power Regulatory Authority (NEPRA) increased the power tariff by Rs3.09 per unit on account of fuel charges adjustment for December 2021.

“While effecting the fuel adjustment charges, the concerned XWDISCOs shall keep in view and strictly comply with the orders of the courts notwithstanding this order,” the notification read. The masses will pay Rs 30 billion in form of increase in the electricity prices.

Post Views: 220
2022-02-12
Previous Post: Re-polling to be held today on more than 500 polling stations in 13 districts of KPK
Next Post: Asif Zardari assures Fazlur Rehman of support in no-confidence move against PM Khan