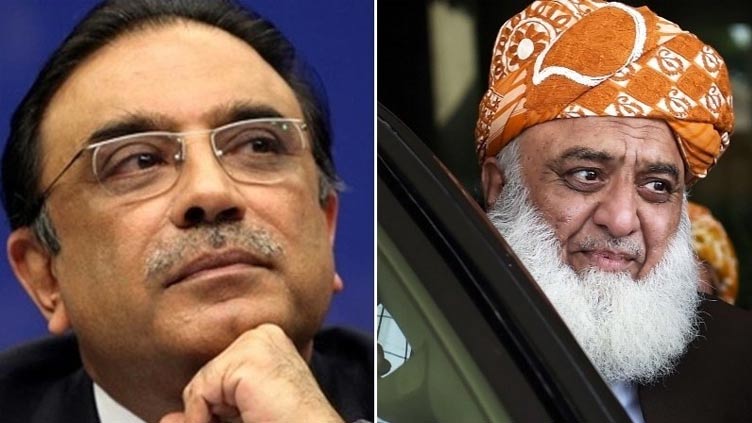 The two leaders had a telephonic conversation on Saturday during which the country’s political situation was discussed. Maulana Fazlur Rehman told Asif Zardari that they will soon be approaching the coalition partners as well.

The JUI-F chief also inquired about Zardari’s health and prayed for his early recovery.

Maulana Fazlur Rehman also said that he would soon contact the government’s allies to make the no-confidence motion a success. Both leaders also agreed on holding meeting soon.

The development comes a day after the Pakistan Democratic Movement (PDM), an alliance of the opposition parties, which met in Lahore on Friday with Maulana Fazlur Rehman in the chair, decided to bring a no-confidence motion against the Pakistan Tehreek-e-Insaf government.

“We have decided to form a committee, which will meet the allies of the government to win their support for the motion,” Fazl had said while briefing the media after the PDM meeting held at the PML-N Secretariat at Model Town.

Meanwhile, Leader of the Opposition in the National Assembly Mian Muhammad Shehbaz Sharif and PMLQ’s Chauhdry brothers are expected to meet today (Sunday) as well.