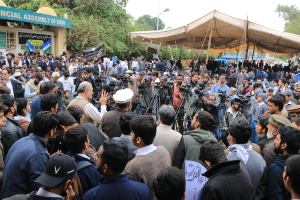 Dharna Day 12: Engr Naeem vows to continue sit-in till fulfilment of demands Solidarity sit-ins held in other areas of Karachi , Large number of women participated in the sit-in

Solidarity sit-ins held in North Karachi and other areas, Large number of women participated in the sit-in

Jamaat-e-Islami (JI) Karachi’s sit-in against the Sindh government has entered into the 12th consecutive day and Engr Hafiz Naeemur Rehman has vowed to continue the sit-in till fulfilment of demands.

On the 12th day, a large number of women from across the city participated in the sit-in. Rallies from several areas joined the sit-in outside Sindh Assembly building.

Addressing the participants,  the JI leader said that the sit-in was inititated for the rights of people of Sindh and will continue till fulfilment of demands.

He added that the sit-in represents all religious, ethnic and others units living in Karachi.

In his speech during the women session, he paid a rich tribute to the women for introducing a new political trend of mass participation by them in a sit-in for the rights of people.

He added that participation by women in the sit-in has been increasing day by day. Karachi has been returning to its originality, he said.

Talking about the ongoing situation, he said that the PPP delegation had approached the JI for negotiation and request to call off the protest. He said that after consultation, the JI leadership decided to continue boht the sit-in and dialogue. 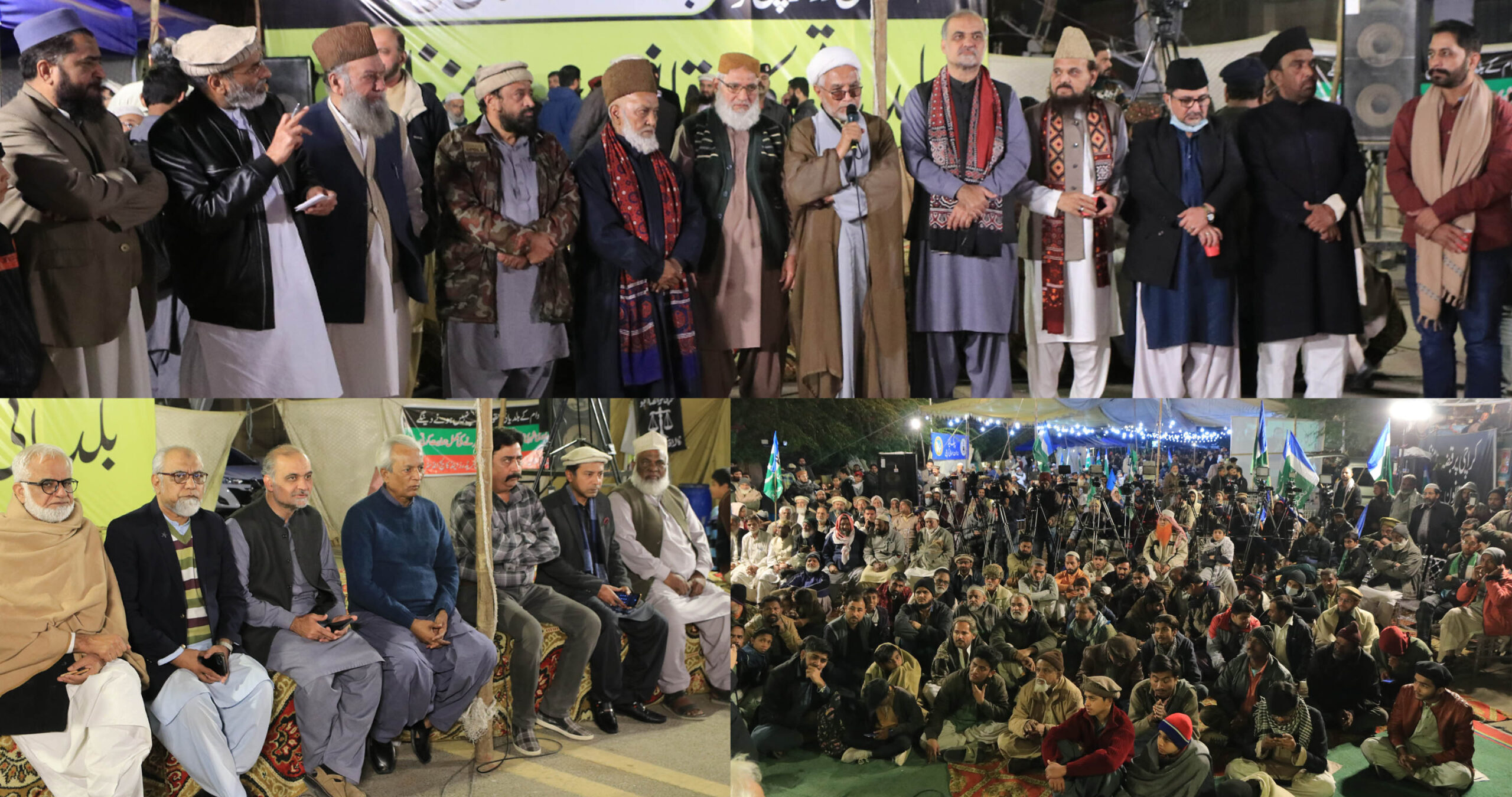 The JI leader said that the PPP delegation failed to answer a lot of queations. He said that a mutual committee had been formed but there was no breakthrough even after 48 hours.

He said that an empowered mayor directly elected by the votes of people and local government setup were crucial for the development of a mega city like Karachi.

He also shed light in detail on the past and prevailing situation of local bodies as well as demands of the JI.

Post Views: 456
2022-01-12
Previous Post: Sirajul Haq lambastes govt for going ahead with its IMF-proposed mini-budget
Next Post: Tsunami of PTI brought nothing but destruction in country: Sirajul Haq