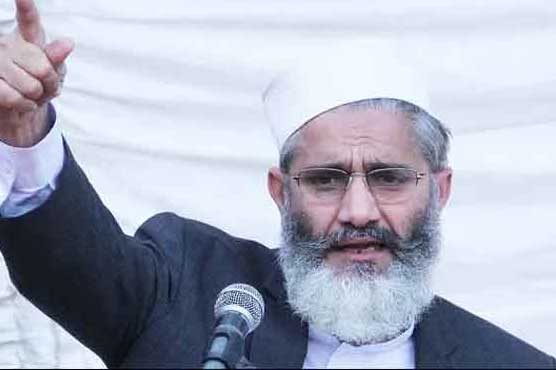 Sirajul Haq lambastes govt for going ahead with its IMF-proposed mini-budget He said the mini-budget will bring another wave of inflation for the already the poverty-stricken masses.

Jamaat-e-Islami Emir Sirajul Haq has lambasted government for going ahead with its IMF-proposed mini-budget, vowing to resist the supplementary finance bill within and outside the parliament.

“The government must stop burdening poverty-stricken masses massive taxation,” he said in a statement issued from here on Monday.

The poor people, he added, were already paying heavy taxes while exemptions of Rs4 trillion were available to influential people. The PTI, he said, made a complete surrender before the IMF and formed economic policies on the direction of the international lending agency.

Reacting over National Security Advisor Moeed Yusuf confession that Pakistan’s foreign polices is still under US influence, he said the JI forover the years had been telling this to the nation. He said the rulers should have taken measures of self-reliance, built national consensus on economy, bring into tax net the influential people to get rid of Washington. But, he said, the successive governments in Pakistan had shown no interest to put the country on track.

Their focus, he added, remained on looting the resources and stashing their money in foreign banks. That was why, he said, the country needed honest and dedicated leadership instead of three tested parties.

Sirajul Haq held the government responsible for Murree tragedy, saying the sheer negligence on the part of administration was one of the main reasons behind the deaths of dozens of innocent people. He said he was expecting apology from the prime minister and Punjab chief minister but the irony was that the government ministers were trying to directly or indirectly to blame the visitors of the mismanagement.

The PTI is reluctant to hold LB polls in Punjab fearing the repetition of KP episode.”

The masses, he said, were fed up from the government of Imran Khan, which failed to prove any relief to them in three and half years.

He said the mini-budget will bring another wave of inflation for the already the poverty-stricken masses.