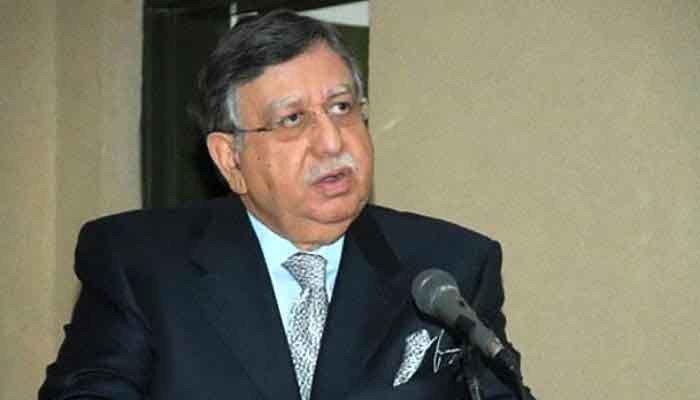 Shaukat Fayaz Ahmed Tarin gets elected as senator from KP Tareen says major world powers, such as the United States, have also been affected by inflation

Shaukat Fayaz Ahmed Tarin gets elected as senator from KP

Tareen says major world powers, such as the United States, have also been affected by inflation

Adviser to the Prime Minister on Finance and Revenue Shaukat Fayaz Ahmed Tarin was on Monday elected a senator from Khyber Pakhtunkhwa on a seat vacated by PTI leader Muhammad Ayub Afridi.

Last month, Afridi had submitted his resignation as member of the upper house to Senate Chairman Mir Muhammad Sadiq Sanjrani. According to media reports, the government wanted to get Tarin elected to Senate on the seat vacated by Afridi to ensure he can become the finance minister again.

Out of 145 members of the provincial assembly, 122 cast their votes during Monday’s Senate by-election.

The finance adviser won the seat after securing 87 votes. Meanwhile, Shaukat Jamal Ameerzada of the Awami National Party and Zahir Shah of the Jamiat Ulema-i-Islam-Fazl secured 13 votes each. PPP’s Mohammad Saeed did not manage to secure a single vote.

Speaking to the media in Peshawar after his election, Shaukat Tarin said that he will focus on the province’s financial and economic problems. He said that his contribution to the province would be “progressive”.

“KP is very close to me because the people of the province have gone through a lot of hardship,” he said, vowing to work for the people’s welfare with even more dedication.

The newly elected Senator said that the Kamyab Jawan programme would be introduced in backward areas to provide the people with interest-free loans.

When a reporter asked whether Tarin had received all the votes from the assembly’s PTI members, provincial Finance Minister Taimur Saleem Khan Jhagra replied in the affirmative. “He received all the [PTI] votes. Four votes were rejected and five members were not able to make it due to various reasons.”

Commenting on the exponential rise in inflation, Tarin said that this was a worldwide phenomenon. “Commodity prices have doubled in the past one year,” he said, giving the examples of petrol, edible oil, steel and coal.

Major world powers, such as the United States, have also been affected by inflation, he said, adding that prices were expected to decline in the next few months. He added that the government had provided subsidies to the people on several essential items in an effort to give them relief.

“My vote came from Lahore […] my parents used to live in Lahore [but] my in-laws live here,” he said, cheekily adding that “damaad tou adha ghar wala hota hai” (a son in-law is also a part of the family).