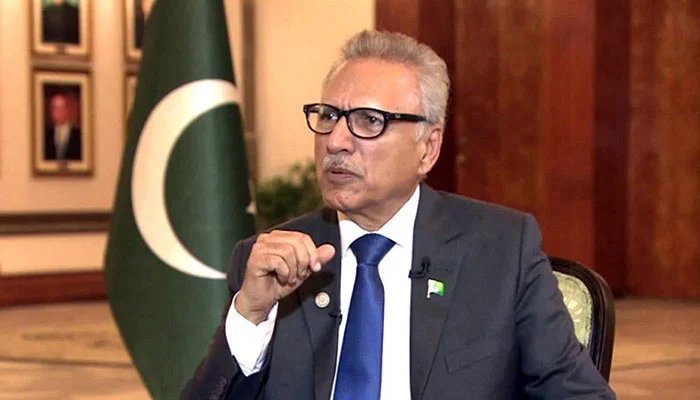 President Dr. Arif Alvi on Friday inaugurated the biometric verification system for pensioners, which will ensure transparent dispensation of the monthly sum of Rs 60 billion among the country’s 1.4 million pensioners.

Addressing at the launch of digital facility for pensioners here at the Accountant General Pakistan Revenues (AGPR), President Dr. Arif Alvi expressed satisfaction that the initiative would not only improve the system of personal verification of pensioners, but also ensure a check on fake identities.

The new biometric system will replace the existing requirement of the yearly submission of life certificate. Earlier, the pensioners were required to submit a life certificate duly stamped by a gazetted officer besides their physical presence as proof of life, which made it extremely inconvenient for the elderly.

The president said the system would not only extend convenience to pensioners, but also help them streamline in a transparent database and eliminate the ghost pensioners.

He termed biometric verification a significant step, both in facilitating the pensioners and also ensuring transparency in the disbursement of pension.

He proposed work on retinal and facial recognition systems to accommodate around 7-12 percent population, who remained unable to be verified on losing their fingerprints for reasons such as aging, disability, excessive labour or illness.

Stressing the use of digitalization for the benefit of masses, he said the country’s progress was linked with timely adoption of new trends in technology.

“Only those nations will prosper that will catch up with the advanced trends of technology and make them part of their service delivery systems,” he said.

He said as digitalization puts a positive impact on a country’s economic growth by 2-3 percent, it was important to sensitize the nation about its benefits.

However, he urged the financial institutions to strengthen safeguards against monetary frauds by continuously educating the general public about scams.

The president said that effort for using Electronic Voting Machine (EVM) and internet-voting for overseas Pakistanis in the next general polls was another step towards utilizing technology for the benefit of masses. He said EVM would ensure quick and transparent counting of votes, thus overcoming any chance of misappropriation.

President Dr. Arif Alvi lauded the Auditor General of Pakistan and the National Database and Registration Authority (NADRA) on initiating the biometric verification service for the convenience of pensioners.

He also witnessed on the occasion actual biometric verification of two pensioners of AGPR, who placed their fingerprints at the bank’s biometric device to perform an online verification. Chairman Nadra Tariq Malik was also present.

Auditor General of Pakistan Ajmal Gondal said after its pilot launch at Islamabad and Rawalpindi, the biometric verification facility would be extended to the rest of the country in near future. He said Raast, the country’s first instant payment system, would soon be launched to enable digital payments to individuals and businessmen.

Controller General of Accounts Farrukh Ahmed Hamidi said after the elimination of paper pension books, the AGPR by the adoption of technology was directly crediting pension to banks.

Accountant General of Pakistan Manzoor Ahmed Kayani said the biometric service would improve the service delivery and efficiency of the pension system.

The new verification system allows the pensioners to verify their fingerprints at any bank branch to register with the system. Eight attempts are allowed for fingerprint scanning. In future, the facility of ATM and branchless verification will also start.

The dashboard of the biometric verification system will provide real-time information about the pensioners.