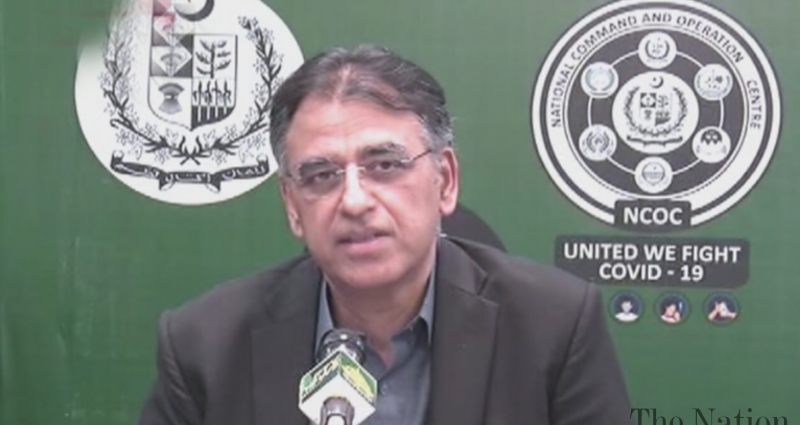 Latest variant of the coronavirus, Omicron, will inevitably come to Pakistan: Asad

Federal Minister for Planning, Development and Reforms Asad Umar warned on Monday that the latest concerning variant of the coronavirus, Omicron, will inevitably come to Pakistan and the country had only a few weeks to contain its threat.

Addressing a press conference alongside Special Assistant to the Prime Minister on Health Dr. Faisal Sultan, Asad Umar stressed the need for citizens to get vaccinated and complete their doses.

“This [strain] has to spread in the whole world as we saw before that when a variant comes, the world is so interconnected that it is impossible to stop it,” the minister said, adding that vaccination was the most logical solution to curb the threat. 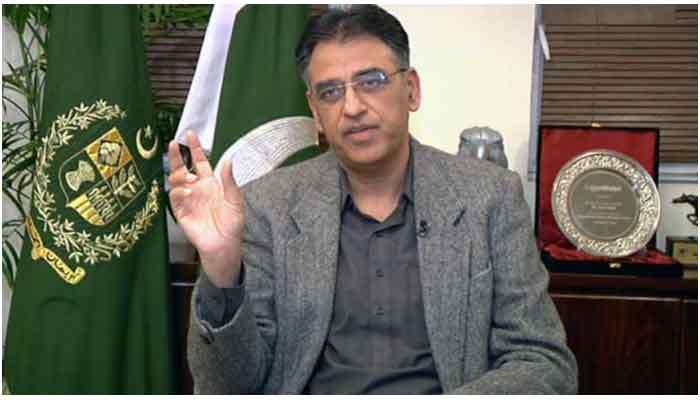 He said the initial information the government had received was that although Omicron was a “very dangerous” variant, vaccination will be effective against it.

“So it is my appeal to Pakistanis, particularly those who’ve gotten one dose to get the second dose because this is one effective thing we have to protect ourselves from the danger of this variant,” Umar said.

He noted that a big vaccination campaign was being started in the provinces in the next 2-3 days, saying there was a need to speed it up further. “This variant will come to Pakistan, and we have next 2-3 weeks to reduce its threat.”

In view of the variant, Umar said additional measures were being taken such as increasing the number of daily tests — particularly in high-risk areas — which had previously been reduced as the positivity rate declined.

He added that the contact-tracing system would be revived as well and emphasised the need to “rejuvenate” it with more resources and increased efficiency.

Additionally, consultation will be completed by Tuesday on administering booster shots to the population most at risk from the coronavirus, he said.

Asad Umar also said that restrictions had been placed on travellers coming from abroad and further measures would be taken to delay the variant’s entry into the country.

Providing updates on the vaccination campaign so far, the minister said 50 million Pakistanis had been completely vaccinated, while 30m had been administered one dose.

Asad Umar said Covid testing will be increased and vaccination campaign will be boosted to avoid any adverse effects of the new variant. He said booster vaccine program will be finalized till today (Tuesday). 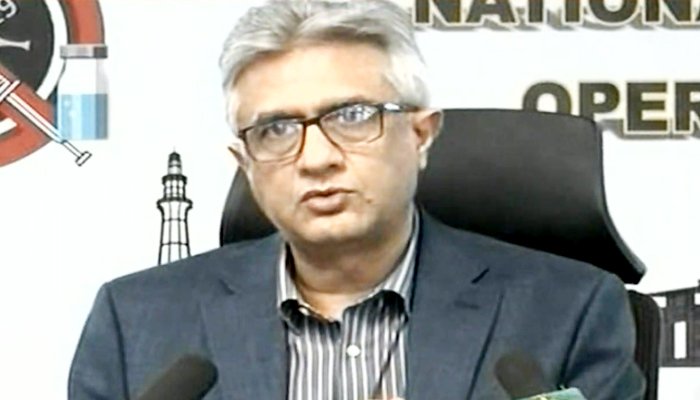 Dr. Sultan explained why the new variant was being treated as a “variant of concern”, saying it was “clear it is spreading faster compared to previous variants”.

The danger this posed, he said, was of increased pressure on the healthcare system that could potentially lead to a shortage of beds and other medical services. Sultan said an analysis of the variant’s genetic makeup had shown numerous mutations. “It seems there are mutations in certain areas of the [virus] that have the potential of making it more dangerous or transmissible,” he added.

Like Asad Umar, the SAPM emphasised that despite restrictions and limitations in place, it was very difficult and “nearly impossible” to stop the variant’s entry into the country due to the interconnected nature of the world.

Sultan also stressed the need to increase vaccinations to cover the unvaccinated sections of the population.