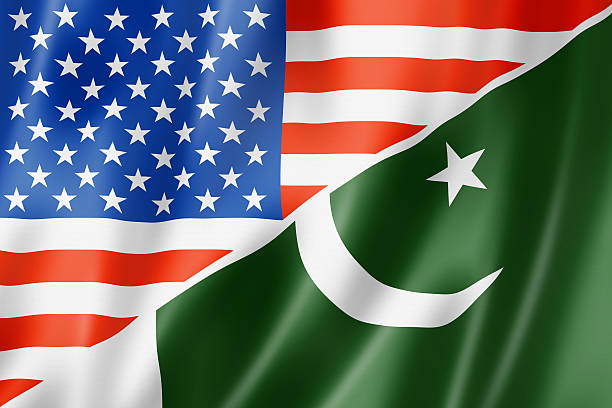 Pakistan and the US have been constructively engaging on the subject at the bilateral relation. This is a fact regrettably overlooked by the US.

Pakistan has rejected its designation by the US amongst countries of particular concerns for religious freedom, terming it as arbitrary and selective assessment.

At his weekly news briefing in Islamabad on Thursday, Foreign Office Spokesperson Asim Iftikhar Ahmad said the designation is completely against the realities on the ground and raises serious doubts about the credibility of this exercise. He said such subjective designations do not contribute towards promoting the cause of religious freedom.

The spokesperson said Pakistan and the US have been constructively engaging on the subject at the bilateral relation. This is a fact regrettably overlooked by the US.

Asim Iftikhar Ahmad said Pakistani society is a multi-religious and pluralistic with a rich tradition of interfaith harmony. He said religious freedom and the protection of the rights of minorities are guaranteed by our constitution and ensured through a range of legislative, policy and administrative measures.

Furthermore, the spokesperson noted with concerns the glaring omission of India saying this puts the credibility of the US report into question.

He pointed out that the RSS-BJP regime and their leaders openly disregard religious freedom and discriminate against minority communities in an institutionalized manner. State complicity in organized violence against the Muslim minority in India is a matter of record. He said it is no secret that attacks by cow vigilantes and mob lynching of Indian Muslims take place regularly with complete impunity for the perpetrators. He said systematic demonization, dispossession, marginalization and targeted violence against Muslims in Hindutva inspired India has become commonplace.

The spokesperson stressed that redressal of the rising trend of intolerance, discrimination, xenophobia and Islamophobia requires global efforts based on the principles of cooperation and mutual understanding. He said Pakistan is sincerely playing its part in this endeavor.

FO spokesperson extended very warm felicitations to the Sikh Community in Pakistan, India and across the world, on the 552nd birth anniversary celebrations of Baba Guru Nanak. He said that Pakistan is welcoming and hosting thousands of devotees coming in from India and around the world for the celebrations and various ceremonies.

“It may be recalled that following a brief COVID-19 related closure, the Corridor was reopened by Pakistan in June 2020. India on the other hand had kept the Corridor closed for 20 months, despite resumption of international travel and opening of religious places in India” he said.

He said that besides the Kartarpur Corridor, pilgrims from India are also coming through Wagah border. Similarly, numbers of pilgrims are coming from many other countries. During their stay in Pakistan, they will pay obeisance at different Gurdwaras including Gurdwara Janam Asthan in Nankana Sahib and Gurdwara Darbar Sahib in Kartarpur.

Asim Iftikhar Ahmad said that in addition to issuance of visas by our High Commission in New Delhi and other Embassies, a series of activities have been organized from 17-26 November to commemorate this sacred event.

“We hope all our guests will enjoy the traditional warmth and trademark Pakistani hospitality, and wish all of them a spiritually rewarding yatra” he said.

Asim Iftikhar Ahmad said that In the Indian Illegally Occupied Jammu and Kashmir (IIOJK), India continues with its reprehensible policy of oppression, harassment and state terrorism against innocent Kashmiris. Pakistan strongly condemns the spate of extra-judicial killing of Kashmiris by Indian occupation forces in recent weeks including the martyrdom of 9 Kashmiris in last two days. At least 30 Kashmiris have been extra-judicially killed in fake encounters and so called “cordon and search operations” since 1st October 2021. You would have noticed strong voices from within IIOJK and abroad on these continuing senseless and barbaric actions of Indian occupation forces being committed with complete impunity in flagrant violation of international human rights and humanitarian laws. It is repugnant that in many instances even the mortal remains of the martyred Kashmiris are not being handed over to their families for religious rites.

“We salute the Kashmiris who remain resolute in their just struggle for self-determination in the face of this brutal illegal occupation that is evidently increasingly alienating the Kashmiri people. India must realize the futility of the military approach. Jammu and Kashmir dispute has to be resolved in accordance with the relevant resolutions of the UN Security Council and the wishes of the Kashmiri people. Pakistan will continue to provide all possible support for the realization of that objective” he said.

“We are also deeply concerned by the rising trend of violence against minorities particularly Muslims in India and the increasing constraints on religious freedom. Pakistan condemns the restrictions imposed on offering Friday prayers, vandalisation of mosques, attacks against Muslims offering prayers, and sacrilege of Muslim places of worship. Detention of hundreds of activists under draconian laws for raising voice against widespread human rights violations of minorities in India has attracted global attention. We call on the international community, particularly the United Nations and relevant human rights and humanitarian organizations to fulfill their responsibilities to stop the rising Islamophobia and violent attacks against minorities particularly Muslims in India and ensure their safety and security and the protection of their places of worship” Asim Iftikhar Ahmad said.