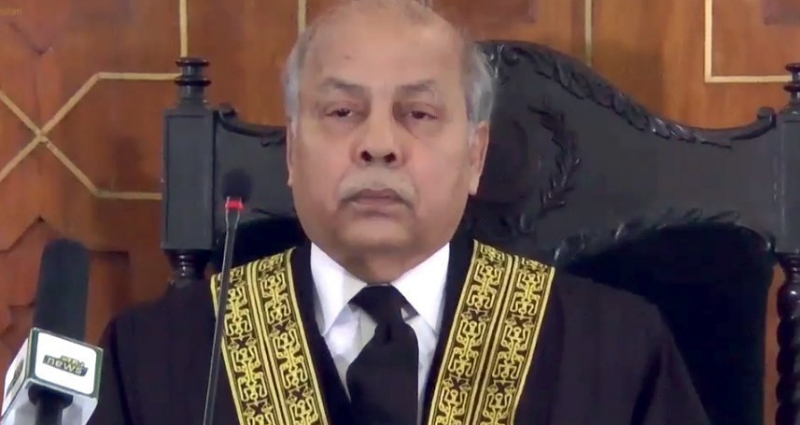 The Chief Justice of Pakistan Justice Gulzar Ahmed took notice of increasing breast cancer cases in the country and directed federal and provincial governments to provide the masses with detect and cure facilities for the disease.

Chief Justice of Pakistan resented that no government hospital had the facilities of mammography, breast cancer treatment or tools for detection of the disease.

Justice Gulzar Ahmed directed authorities to induct women in panels of specialists treating the disease and also called for segregation of women patients at hospitals. The court took notice of breast cancer during a hearing pertaining to a suo motu notice about cardiac stents.

The chief justice noted that most of the women were not able to afford costly treatment of the disease and added that there were no proper arrangements for diagnosis of the disease at initial level. He added that only wealthy women could afford the treatment of breast cancer. CJP added that women were half the population of the country and the breast cancer was spreading very fast. The top court adjourned the hearing for a month after issuing summons to the federal and provincial health secretaries along with complete reports about the matter.