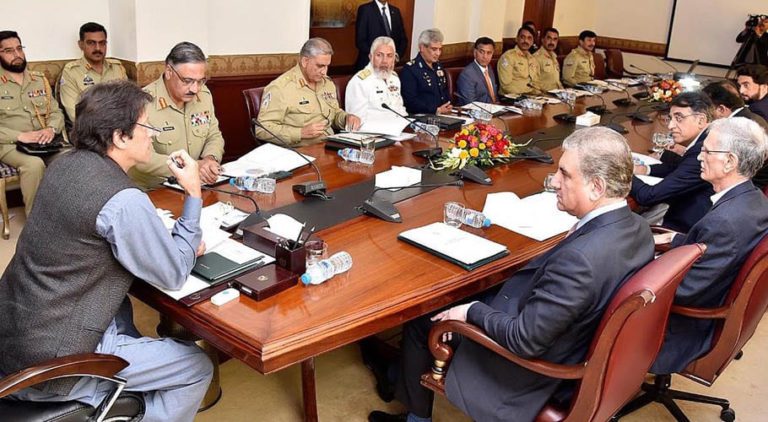 No group or entity will be allowed to cause public disruption or use violence to pressure govt: PM Imran Khan

No group or entity will be allowed to cause public disruption or use violence to pressure govt: PM Imran Khan

National Security Committee (NSC) has unanimously resolved to guard sovereignty of the state from all internal and external threats and to not allow Tehreek-e-Labbaik Pakistan to challenge its writ in any way.

This consensus was reached at the NSC meeting convened under the chairmanship of Prime Minister Imran Khan in Islamabad on Friday.

The NSC received a detailed briefing on the country’s internal security situation and the ongoing agitation by the TLP. 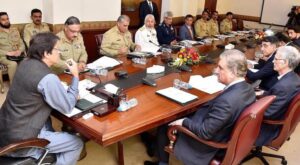 Speaking on the occasion, Prime Minister Imran Khan stressed that no group or entity will be allowed to cause public disruption or use violence to pressure the government.

Taking serious note of the unprovoked violent attacks committed by TLP members, the Committee resolved not to tolerate any further breach of law by this proscribed group.

Endorsing the view of the Committee, the Prime Minister instructed that all measures and actions necessary to enforce the law and protect the interests of the state and public shall be ensured.

The Committee praised the police for their professionalism and restraint despite being directly targeted and suffering casualties, including four martyrs and over four hundred injured.

However, it warned that the state’s restraint should not be seen as a sign of weakness.

While emphasizing that the government recognizes the right of peaceful protest of all Pakistanis, the Committee members were unanimous that TLP is deliberately employing violence against public property, state officials, and ordinary citizens to create instability in the country and that this shall not be tolerated.

The Committee said all organs of the state stand ready to act as per the law to protect life and property of citizens.

The Prime Minister and Committee members expressed condolences at the loss of lives of policemen and committed to compensating and looking after their families.

Commending the exceptional performance of the law enforcement agencies, the Prime Minister assured that the government will firmly stand behind them as they act to enforce the law and protect the public.