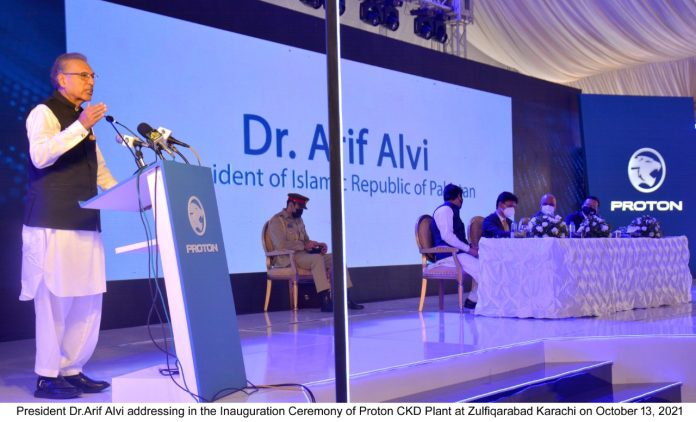 Pakistan is on the path of development as Trade is booming due to peace in country: President Alvi

Pakistan is on the path of development as Trade is booming due to peace in country: President Alvi

Highlighting a rising investment potential in Pakistan, President Dr. Arif Alvi said that it was matter of pride; we were collaborating with Malaysia to produce high quality vehicles in the country and it was result of good policies especially in automotive sector announced by the government.

He expressed such views while addressing the Al-Haj Automotive Assembly Plant inauguration ceremony of Proton SAGA on Wednesday. The manufacturing vehicle locally is encouraging step and it could be possible due to government support for this sector, the President reiterated. 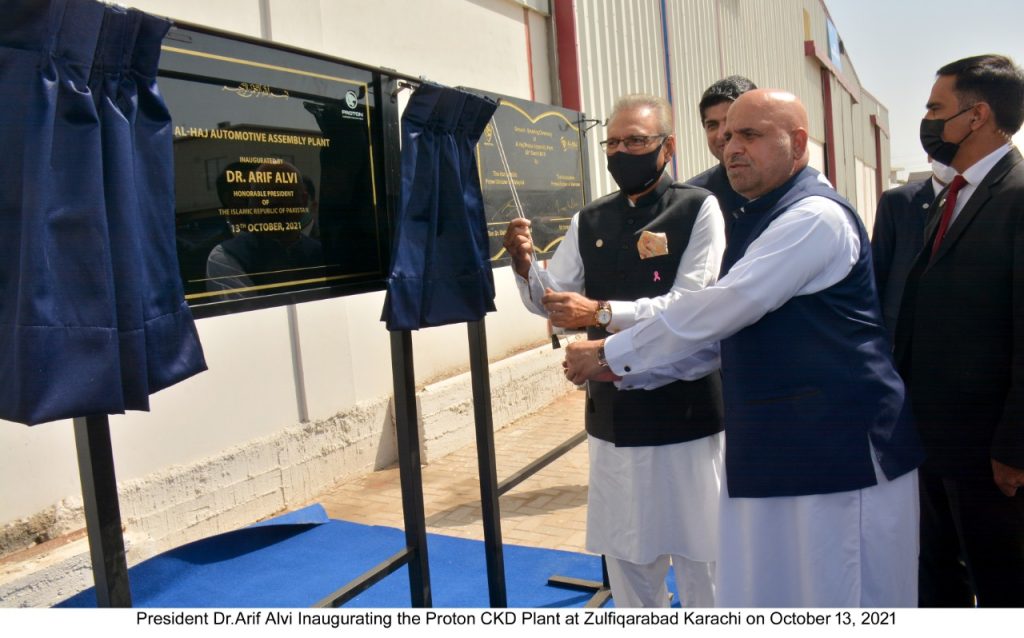 President Dr. Arif Alvi further said that Pakistan is on the path of development as Trade is booming due to peace in the country. Our economy has suffered a lot because of terrorism, he added, saying that Afghanistan needed rebuilding and reconstruction. This would be shortest way for Pakistan to trade with Central Asia. Recognizing the potential of youth in the country, the President said that in order to harness the potential of the youth, it was necessary for them to adapt to the requirements of the new age. He said that principles are given the highest priority in global relations. By adhering to high moral values and principles, we can ensure our branding in the world.

Speaking on the occasion, Consul General of Malaysia in Karachi, Khair-ul Nazran said that Malaysia and Pakistan have been enjoying cordial and brotherly relations since 1957. Reaching their 64th anniversary this year, both countries have been collaborating in the various spectrums of the bilateral and multilateral cooperative activities, which do not only confine to political and economic spheres, but also on other areas of strategic importance, he added. Since 1983, Malaysia remains the only developing Muslim country that produces its own national car. The Proton Saga is a symbol that we are a dignified people, Counsel General told.

CEO Al Haj FAW Motors, Hilal Khan Afridi spoke on the occasion and appreciated the government’s support as it announced the best policy for promotion of automotive sector.