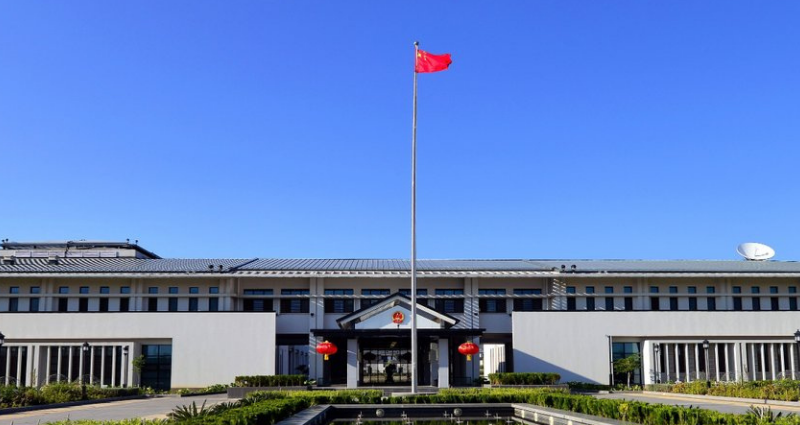 A day after a convoy carrying Chin­ese personnel working on the East-Bay Expressway project was att­acked by a suicide bomber in Gwa­dar, Beijing urged Islamabad to take more stringent measures to protect its citizens in Pakistan.

In an unusual statement issued on Saturday, the Chinese embassy in Islamabad said relevant depar­t­ments at all levels in Pakistan must take practical and effective measures to accelerate implementation of strengthened security measures and upgraded security cooperation mechanism to ensure that similar incidents did not recur.

“Recently, the security situation in Pakistan has been severe. There have been several terrorist attacks in succession, resulting in the casualties of several Chinese citizens,” the statement said.

Three local children were killed and three others, including a Chinese national, injured in Friday’s suicide attack.

The Chinese embassy condemned the act of terrorism, extended its sincere sympathies to the injured of both countries, and expressed condolence to the families of the innocent victims.

The embassy said it had lau­nched an emergency plan immediately, demanding Pakistan to properly treat the wounded, conduct a thorough investigation into the attack, and severely punish the perpetrators.

When contacted, Interior Minister Sheikh Rashid Ahmed told Dawn that as many as 229 Chinese companies were operating in Pakistan, 40 of them working on China-Pakistan Economic Corridor (CPEC) projects and already being provided security by the army.

He said the security of remaining companies would also be beefed up on an emergency basis.

He said the iron friends China and Pakistan were aware of threats to the mutual cooperation for progress and prosperity of their citizens in the rapidly changing regional situation.

“A young boy suddenly ran towards the convoy carrying Chinese workers. Fortunately, Pakistan army soldiers in plain clothes deployed nearly rushed to stop the boy, who exploded himself about 15-20 meters away from the convoy,” he said while narrating details of the incident.

Nine Chinese engineers were among 13 people killed when the bus carrying construction workers plunged into a ravine in the Dasu area of Khyber Pakhtunkhwa after a mysterious explosion.

“Attack in Gwadar is just another expression of a game of sabotage against the economic vision of the great leadership of China and Pakistan, our enemy cannot undermine our resolve, we will spare no effort to bring the culprits to justice,” Federal Minister for Information and Broadcasting Fawad Hussain Chaudhry said on Twitter.

The work on Gwadar East-bay Expressway Project started in November 2017, and it is a highlight of the CPEC framework.

The chief minister presided over a meeting which reviewed the prevailing situation after the suicide attack. The security officials concerned briefed the meeting about the suicide attack and security measures taken by the district administration and other institutions concerned.

The chief minister said that work on the East-Bay Expressway project would continue and steps would be taken to strengthen security measures in Gwadar.

Later, the chief minister, the home minister and the IG visited the site of the suicide attack.

They also attended the funeral prayer and burial of one of the children who succumbed to his injuries late Friday night while being shifted to Karachi for treatment. A large number of people attended the burial of the deceased.

The CM, the home minister and the corps commander also went to the residences of the three children to condole with the grieved families and offer Fateha.

Speaking on the occasion, the chief minister condemned the suicide attack and said that the people of Balochistan understood the nefarious designs of terrorists and would help security forces to foil their designs.

“The killing of innocent children showed the low mental status of the elements involved in the suicide attack,” he said.