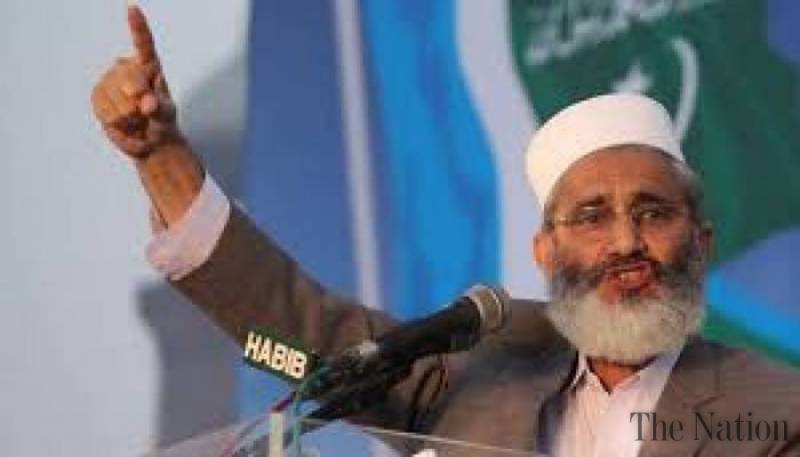 CEC assures him to remove all suspicious surrounding poll results

Sirajul Haq said that Karachi local bodies’ polls were an examination for the Election Commission of Pakistan (ECP) and delaying tactics in the results will tarnish the image of the institution, creating suspicions among the masses of the country.

CEC assured emir Jamaat-e-Islami to remove all the suspicious surrounding the elections outcomes, saying no compromise will be done in connection with the transparency of the polls.

Prior to this Sirajul Haq in his video message from Lower Dir on Monday said that he congratulates the people of Karachi, Jamaat-e-Islami Karachi and workers of whole country over the confidence posed in JI by the people of Karachi on 15th January in local government elections. Sirajul Haq expressed the hope that the provincial government of Pakistan People’s Party will accept the election results with an open heart and will also respect the mandate of the masses.

While expressing reservation on the issuance of the results, Sirajul Haq warned the rulers and decision makers that JI will not allow committing dacoity on the elections like 2018 and if rigging is done then the countrywide protest call including Karachi will be given. He said that JI at every forum will fully resist those who will steal the public mandate, adding that the public mandate should be respected at any cost. He said that JI believes in supremacy of the constitution and law and democracy and thinks that the masses should make the last decision.