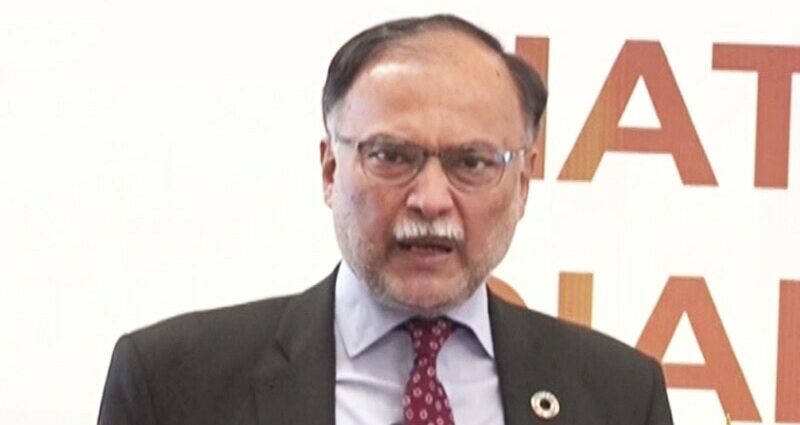 I.Khan to come in Assembly and work for a consensus electoral reforms package. Ahsan Iqbal Pakistan will present a ten-year program to make Pakistan climate resilient before the international community.

Says next elections will be held as per schedule

Talking to media in Islamabad on Thursday along with former federal minister CADD Dr. Tariq Fazal Chaudhry and former MNA Anjum Aqeel Khan, Ahsan Iqabl said next elections will be held as per schedule. He said Pakistan, on this point of time, needs collaboration and not conflict.

Turning to the International Conference on Climate Resilient Pakistan being held in Geneva on Monday, the Planning Minister said it will help providing resources for rehabilitation in flood affected areas of the country.

He said Pakistan will present a ten-year program to make Pakistan climate resilient before the international community. He said Prime Minister Shehbaz Sharif will lead Pakistan’s delegation in the conference.

Talking about the decisions taken by the Executive Committee of the National Economic Council, Ahsan Iqbal said twenty thousand engineers and technical work force will be offered paid internship in development projects of the country. He said these graduates will be paid forty thousand rupees stipend per month.

Ahsan Iqbal said ECNEC also approved 75 scholarships to bright students of the country in top 25 universities of the world in Masters and PhD programs. He said laptop scheme for one hundred thousand students of the country will launched. He said ECNEC also approved providing five thousand scholarships to students belonging to Balochistan and erstwhile FATA.

The Minister said ECNEC approved Sindh Human Capital Investment scheme worth fifty five billion rupees with the collaboration of World Bank for rehabilitation in the flood affected areas of the province.

He said ECNEC also approved a development project worth forty billion rupees for the backward districts to bring them at par with rest of the country.

The Minister reiterated government’s resolve uplift the economy of the country and brings development in all sectors.