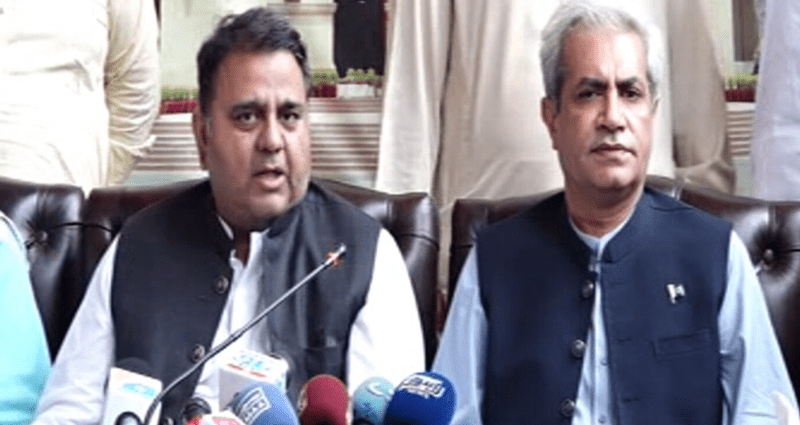 Tehreek-e-Insaf to issue white paper on economic situation: Fawad Chaudhry "The investigation has proved that Imran Khan was attacked as part of a well-thought-out conspiracy." Omar Cheema

Chaudhry went on to say the PTI had formed the working groups for the basic reforms, which will prepare the proposals on the country’s economy and governance.

“The PTI believed that after getting rid of the current rulers, the country could not get out of the quagmire without the major reforms”, added Mr Chaudhry.

PTI leader and Adviser to the Punjab Chief Minister on Home Affairs Omar Sarfraz Cheema on Monday claimed that more than one assailant attacked PTI chief Imran Khan and his long march convoy in Wazirabad and that one of the attackers was imparted training.

Addressing a press conference in the provincial capital, he said Naveed was a trained assassin and more than one attacker was present there. He said the investigations would reveal the number of attackers, adding that the polygraph test revealed that there was no truth in what the suspect was saying. “The investigation has proved that Imran Khan was attacked as part of a well-thought-out conspiracy.”

According to the polygraph test, the suspect lied. He said they [PTI ] were threatened to stop the long march and the attack on Imran Khan was not condemned by the government. No PML-N leader appeared before the JIT, he claimed. “We demand that the JIT should be extended cooperation.”

Cheema said it was revealed in the investigation that the suspect was not alone, adding that Naveed left Lahore and reached Wazirabad after five days.

The former governor said Moazzam was not killed by Imran Khan s guard as the weapons of the security guards had been cleared in the forensic test. He said the investigation would reveal whose bullet Moazzam received.