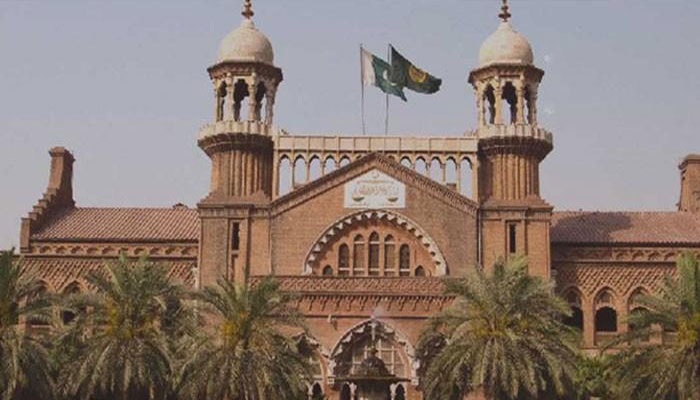 LHC allows 18 suspended PML-N Punjab Assembly Members to cast votes Punjab Assembly Speaker had banned the entry of 18 PML-N lawmakers to the assembly for their unruly conduct during the session.

In a major development, the Lahore High Court (LHC) on Tuesday allowed the 18 suspended lawmakers of the Pakistan Muslim League-Nawaz (PML-N) to attend the much-anticipated session of the Punjab Assembly with a crucial no-confidence motion — filed by the joint opposition against Chief Minister Chaudhry Parvez Elahi.

Punjab Assembly Speaker Muhammad Sibtain Khan, on October 23, had banned the entry of 18 PML-N lawmakers to the assembly for their unruly conduct during the session.

According to the provincial assembly order, the opposition members started hue and cry when former CM Punjab Sardar Usman Buzdar was called to move his resolution.

The lawmakers started raising slogans and derogatory remarks against the leadership of PTI and the chair when the speaker requested them not to hamper the house’s proceedings.

Later, in pursuance of the powers vested in him in terms of rule 210 of the Assembly Rules, the speaker barred the lawmakers from attending 15 consecutive sittings of the house.

A day after the submission of the no-trust motion against the Punjab CM, the lawmakers challenged the October 23 order of the speaker.

The petitioners pleaded with the court to allow them to attend and exercise their democratic right during the upcoming crucial session of the provincial assembly scheduled to be held today (Wednesday).

During the course of proceedings, PML-N MPA Rana Mashhood Ahmad Khan’s counsel argued that the speaker can suspend a lawmaker for 15 days after giving two warnings to the MPA.

But the suspension of the lawmakers for 15 sessions is unconstitutional, the lawyer argued. The speaker’s counsel, however, termed the application unmaintainable.

In short order, the court allowed the suspended lawmakers to attend the next session of the house and permitted them to cast their votes.

The resolution of no-confidence was moved against the chief minister days after Pakistan Tehkreek-e-Insaf (PTI) Chairman Imran Khan announced that the Punjab and Khyber Pakhtunkhwa assemblies would be dissolved on December 23.

Post Views: 37
2022-12-21
Previous Post: PTI lawmakers from Multan voice concern over assemblies’ dissolution on Dec 23
Next Post: SSG is the pride of Nation & it had proved it’s metal over the years. Syed Asim Munir