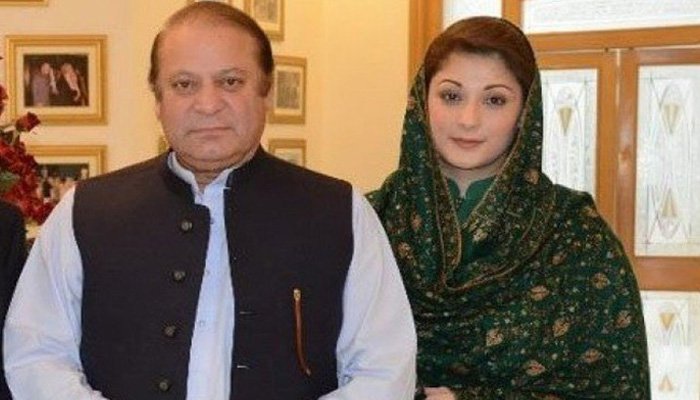 In: National
Tagged: British Home Office, Left for Europe, Nawaz Sharif, taken back his appeal, visit US for treatment

Advised to visit US before returning to Pakistan

Doctors on Monday advised former prime minister and Pakistan Muslim League-Nawaz (PML-N) supremo Mian Muhammad Nawaz Sharif to visit the United States before returning to Pakistan. Meanwhile Nawaz Sharif has taken back his appeal from the British Home Office and left for tour of different countries. So far the judge had not heard the appeal of Nawaz Sharif and only different dates were given.

Nawaz Sharif along with his daughter Maryam Nawaz Sharif, son Hussain Nawaz Sharif, grandson Junaid Safdar and other family members left for the visit of five European countries from London.

According to the media reports, Nawaz Sharif and his family members will visit five European countries in next 10 days. Nawaz Sharif’s family reached in an European country on Sunday night. Maryam Nawaz is present in London from last many days and passing time with her father.

Sources privy to the party said that the former PM will undergo treatment for his arteries from the US and his family has also approached the embassy pertaining to US visit.

Sources further said that the PML-N supremo has been advised to visit US after receiving his passport and party vice president Maryam Nawaz Sharif will accompany her father in the visit.

Nawaz Sharif will also undergo a surgery in Britain upon returning from the US and he will give timeframe for his return to the country after surgery.

In 2019, Nawaz Sharif on November 19 left for London in an air ambulance for medical treatment for multiple diseases after the Lahore High Court allowed him to travel abroad for four weeks and rejected the Imran Khan government’s condition of furnishing an indemnity bond.

Post Views: 22
2022-11-22
Previous Post: We will ‘protect’ Imran Khan ahead of his long march towards the capital. Ch Parvaiz Elahi
Next Post: “all the intelligence agencies have put a red alert for the long march in the city”. Sana