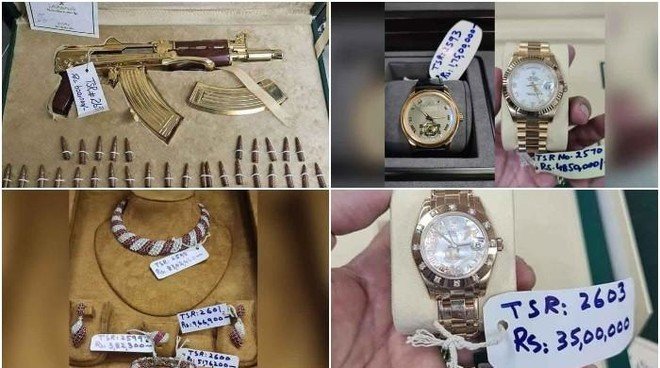 Pakistan Tehreek-e-Insaf (PTI) leaders were on the offensive on Wednesday as they criticised Dubai-based businessman Umar Farooq Zahoor’s claims regarding buying the Toshakhana gifts given to deposed prime minister Imran Khan during his tenure.

The PTI leaders termed Zahoor a “notorious” and “wanted” man. The charges of misuse of the Toshakhana (gift depository) against former prime minister Imran Khan took an unusual turn a day earlier after Zahoor come to the fore and claimed that he had bought some of the state gifts, including an expensive Graff wristwatch worth at least Rs2 billion, from Farah Gogi and Shahzad Akbar.

In an interview with a private TV channel, Zahoor said that he had bought the expensive items, gifted to the PTI chief by Saudi Crown Prince Mohammad bin Salman, for $2 million. He had further alleged that the adviser to the former premier on accountability Shahzad Akbar had contacted him in 2019 to sell watches, rings, and other gifts. He said that he also has evidence to substantiate the claims he was making.

The businessman had gone on to allege that he was later blackmailed and fake cases of money laundering were registered against him by the Federal Investigation Agency (FIA) at Akbar’s behest after he refused to listen to the demands made by his former wife Sophia Mirza. “Farah Khan herself brought the gifts to my office in Dubai and told me that the items had been gifted to Imran Khan by the Saudi crown prince,” he claimed. 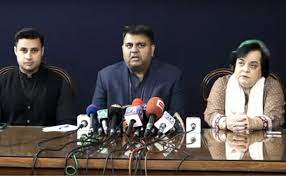 PTI leaders Fawad Chaudhry, Shireen Mazari and Zulfi Bukhari while addressing a press conference denounced Zahoor’s claims and asserted that there had been no foul play on the part of the PTI chief.

“The PTI has always stood against corruption in Pakistan,” said Fawad. “We hold ourselves accountable just as we hold others accountable,” he said. “Imran Khan went to Saudi Arabia for the first time in 2018 and when he met the King he was gifted a watch,” he admitted. “The gifts are received by the chief of protocol, the prime minister has nothing to do with these matters,” Fawad explained. “The prices of these gifts are then determined by the Toshakhana, which sends them to the concerned Prime Minister’s Office in a regular manner where it is clearly mentioned what the value of each item is,” he further said.

“This law has been in place since before the PTI government’s tenure,” Fawad said. “In fact, earlier only 20 per cent of the original price was to be paid to the state, but our government raised it up to 50 per cent so that the national treasury could benefit”.

“The watch was received by the chief protocol of the Foreign Office,” said Fawad. “The same officer deposited this gift in the depository of the Cabinet Division,” he added. “The evaluation of the watch set by the Cabinet Division had roughly been Rs 0.1 billion, and 20 per cent of that price was paid whereby this gift became Imran Khan’s personal possession,” said Fawad, adding that Imran later sold the gift for Rs57 million “in the Pakistani market and capital gain tax was also paid for that accordingly, as mentioned in Imran Khan’s tax returns and as declared to the Election Commission.”

Fawad also revealed that the watch was “not sold to Umar Farooq Zahoor” and “Farah Bibi had nothing to do with the matter”. The former minister added that the party will take legal action against the businessman in England.

Zulfi Bukhari also added that the watch had been sold to a “dealer”, who “later sold the set to someone else according to my sources, perhaps to the said person, for Rs61 million”. He also claimed that the “dealer is presently on the run and out of the country” but promised that “the lie will be unearthed” as the “dealer will be brought before everyone”.

Shireen Mazari on the occasion also questioned why Imran was scrutinised so strictly while the Toshakhana details of other political leaders and public servants were not probed.

“My question is: Is there any record of the gifts the military leaders receive when they go on official visits,” she stressed.