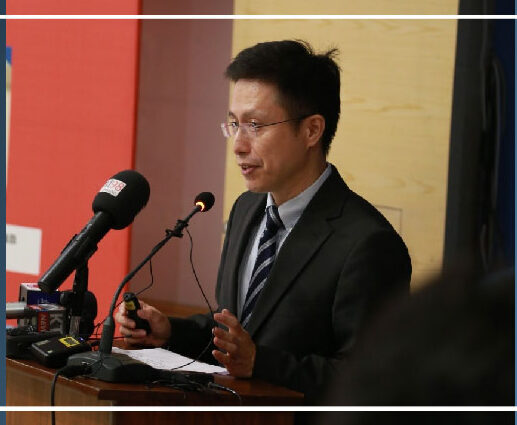 Many countries are suffering because of war on terror: Chinese Diplomat Wang Shengjie Main reason behind this is spread of fake news through social media which creates panic & chaos among the general public 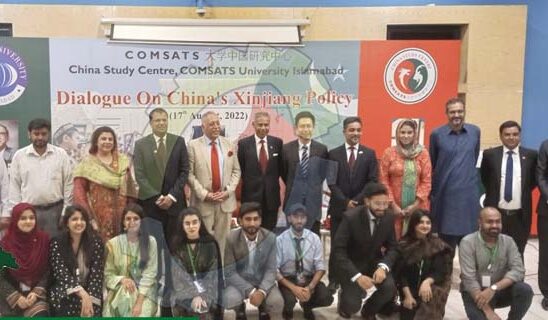 Many countries are suffering because of war on terror: Chinese Diplomat Wang Shengjie

Wang Shengjie, head of political and press section, Embassy of the People’s Republic of China in Islamabad, has said that many countries are suffering because of war on terror. The main reason behind this is the spread of fake news through social media which creates panic and chaos among the general public.

While attending a dialogue on China’s Xinjiang Policy organized by China Study Centre of COMSATS University, Islamabad, Chinese diplomat Wang Shengjie gave the first keynote speech by cherishing this opportunity of presenting China’s viewpoint on the matter of Xinjiang. He talked about the beauty and cultural prosperity of Xinjiang by calling it a wonderful land. According to him, many countries are suffering because of this war on terror. The main reason behind this is the spread of fake news through social media which creates panic and chaos among the general public. Only people who get benefit from terrorism are the military complexes.

He mentioned some of the quotes of Moin-ul-Haque, Mushahid Hussain Syed and Zafar-ud-din Mahmood where they described Xinjiang as a land of beauty and peace that accounts for 25% increase of Uyghur population between 2010 and 2018. He concluded by giving some suggestions for the improvement of the problem by strengthening the policy communication, promote people to people connections and trade cooperation.

The program started with the recitation of verses from Holy Quran followed by national anthems of the countries sung by the students of PEAK School, Rawalpindi. The inaugural session started with the welcome address of Prof. Dr. Shamsul Qamar, Campus Director of COMSATS University Islamabad, who welcomed all the speakers and discussants to the dialogue while thanking the Chinese Embassy for their assistance in arranging such events. He mentioned that Pak-China friendship is embedded deeply in the roots of both the countries. He gave a brief introduction about the CUI faculty and alumni’s who are working closely with the Chinese academia and seeking education from the leading Chinese universities.

Group Captain (Retd.) Sultan M. Hali, Defence Analyst, gave the second keynote speech by rightly portraying Xinjiang. He said that Xinjiang was in a very poor condition in 1974 but it is much more beautiful and prosperous than even New York at present times.

The GDP of Xinjiang has been recorded as 1.38 trillion in 2020 with major high speed rails projects and more than 21 airports. According to provided information, 20,000 mosques are currently present in Xinjiang where Islamic education is being taught to young Muslims leaving behind extremism.

Muhammad Nasir Khan, President, Ex Chinese Association, Pakistan, and the 3rd keynote speaker mentioned fast economic development as the secret of Xinjiang and China’s success. He said that the Chinese government paid a lot of attention towards the development of Xinjiang and worked out several measures for bringing economic prosperity. He happily mentioned that the rights of all the ethnic groups in Xinjiang including Muslims are very well protected by the government and there has been a sharp decrease in the terrorist attacks after 2016.

Prof. Dr. Tsui Yenhu, Professor of Social Anthropology, Institute of Social-Cultural Anthropology, Urumqi, Xinjiang, also played his role as the last keynote speaker by joining the session via a video link from China.

Later the second session which was the dialogue about China’s Xinjiang Policy, moderated by Dr. Tahir Mumtaz Awan, Head of China Study Centre. Dr. Awan opened the discussion by highlighting the three main themes of discussion.

The session started with Khizar Hayat, Eurasian Century Institute, Islamabad, who completely nullified the accusations made by the global world against China on the Xinjiang matter by announcing them as false accusations.

Dr. Shabana Fayyaz, Chairperson, Department of Defense and Strategic Studies, Quaid-e-Azam University, considered academia as the important player to properly showcase the reality in front of the people by reducing the gap between researcher and the main stream researcher. According to her, not every foreign writer is portraying China as wrong but a few. She briefly explained the developmental projects initiated by China in Xinjiang including poverty alleviation, providing fishing and shipping rights, and education and vocational training to the people.

Hamza Rifaat Hussain, Researcher, Islamabad Policy Research Institute, focused on lack of narrative inertia, need to differentiate between separatism, secessionist tendencies and religious persecution and lack of international verification of information as the leading causes of the false propaganda which is being created against China.

Shakeel Ahmad Ramay, CEO, Asian Institute of Eco-Civilization Research and Development, regarded understanding China’s policy and their economic model to deal with them in a better manner.

He mentioned that more than 80% of China’s trade is done via Xinjiang so why would they be treating the people of that area as so.

Ms. Hina Naveed, Researcher, Overseas Chinese Association, mentioned that they have initiated a separate desk to study the matter of Xinjiang and its people. She said that these conspiracies are done against China so as to create hurdles in their economic rise.

The discussion was concluded with question answer session and the distribution of souvenirs among the discussants and the keynote speakers. The program came off with the performances especially inspired by Xinjiang culture and a Qawali night.