Newly appointed Chairman of the Water and Power Development Authority (WAPDA) Lt Gen Sajjad Ghani (Retd) assumed charge of the office today. He is the 23rd Chairman of WAPDA. 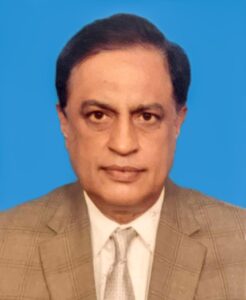 ​Lt Gen Sajjad Ghani (Retd), is a professional engineer and soldier, who has pursued two parallel career streams for over last four decades. He obtained Bachelor of Engineering Degree from Military College of Engineering in 1984. He was awarded Masters Degree in Civil Engineering form University of Engineering and Technology, Lahore in 1990. He has been Commander Corps Engineers and Quarter Master General Pakistan Army where numerous mega construction projects were executed under his supervision.

​Lt Gen Sajjad Ghani (Retd) belongs to Corps of Engineers, commissioned in 1978, he has commanded Infantry Brigade and Infantry Division during Swat Operations, he has been Vice Chief of General Staff at GHQ. He has also commanded Corps at Karachi.