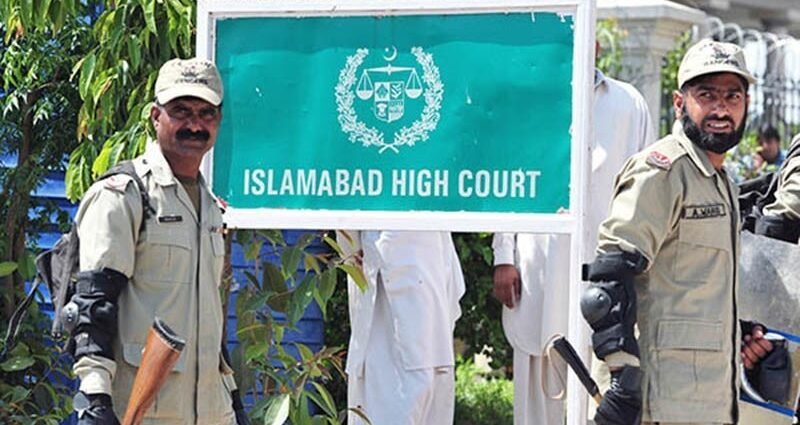 IHC . reserves verdict over maintainability of Bushra Bibi’s audio leak plea The court expressed anger Whether the IHC was required to carry out an investigation into the leaked tape.

Acting Chief Justice Aamer Farooq heard the petition at the IHC. The court expressed anger at the petitioner’s counsel, questioning whether the IHC was required to carry out an investigation into the leaked tape.

“Is investigating the job of the Islamabad High Court? Are you an affected party of this audio leak?” Justice Farooq questioned. He furthered that drafting a writ regarding a “conversation of two private people” could set a dangerous precedent. “When drafting such a writ, think carefully about what the demands are,” he added.

Using ‘sea’ as a metaphor to emphasise the matter of the audio leak, the petitioner’s counsel argued that the issue had been explained in the application.

However, Justice Aamer Farooq stated that “it does not matter to the court whether it is a sea, or a galaxy. The whole country will be involved in this, should we sit and start investigating everyone?” the justice remarked.

On July 15, a citizen named Mohammad Arshad filed the application in the high court through Advocate Asif Gujjar. The petition said that Bushra and Dr Arslan should be summoned to court and asked about the audio, whereas a forensic investigation of the audio should also be conducted.

In his petition, Arshad said that audio recordings of phone calls and leaks interfered with people’s private lives and created a bad image of state institutions. The former first lady and former focal personal on digital media should be summoned to court and asked about the audio, he said.