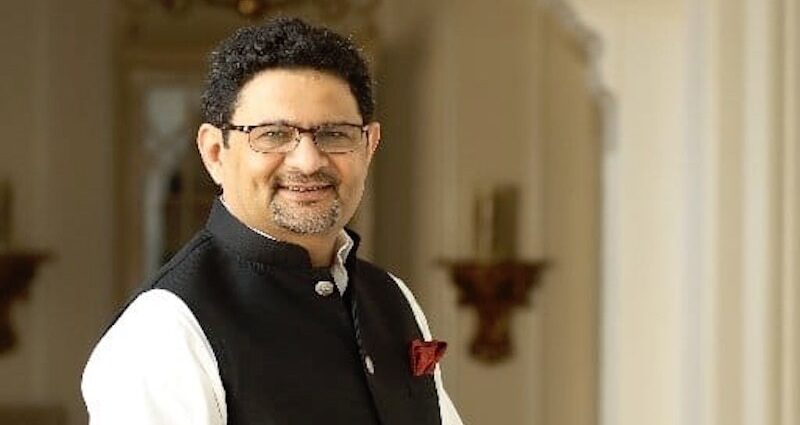 We have saved economy from default & moved towards stability: Miftah Ismail Says soon the prices of ghee & oil will come down to Rs 350 or Rs 400 per kg

We have saved economy from default & moved towards stability: Miftah Ismail

Says there are false stories about the increase in electricity prices

Minister for Finance and Revenue Dr. Miftah Ismail Ahmed said on Thursday that the price of edible oil and ghee has seen a reduction and hoped that the lower prices would translate to an Rs100 – Rs150 reduction in edible oil prices in the local market. He said that soon the prices of ghee and oil will come down to Rs 350 or Rs 400 per kg. He said that ghee and oil prices at international market had reached at $1700 per tonne have come down on $1000 per tonne again. Miftah Ismail said the economy has come under control. He said that instead of galloping corruption of Pakistan Tehreek-e-Insaf (PTI), ineligibility of Imran Khan and landmines installed by PTI government for us and challenging environment being faced by us at the international level, we have saved economy from default and moved towards stability. He said that many things have been stabilized and controlled.

Addressing a press conference along with Ministry of Finance, Privatisation Committee member Bilal Kayani, the finance minister said he was also optimistic about lower prices of petroleum products in the near future and said that as the price of crude in the international market had come down to $100 from $123, the people of Pakistan will ‘benefit’ from lower prices at the ‘right time’. He said that the government will pass on the benefit of decreased petroleum prices to masses at right time.

Criticising the Pakistan Tehreek-e-Insaf (PTI) government, the finance minister reiterated that the previous government had left an economic minefield, but despite challenges, the economy was now stabilising and foreign exchange reserves were improving.

Elaborating on the International Monetary Fund’s (IMF) $6 billion loan programme for Pakistan, the finance minister expressed hope that the remaining issues with the international lender will be resolved soon and the country will receive the next tranche.

He also said prices of flour will reduce in the local market as wheat prices were stabilising in the international market and tenders will be opened soon.

Wheat prices saw historical highs following the start of the Russo-Ukrainian war in February this year as the two countries are major wheat-producing nations in the world. He said that as we will move away from the time period of Imran Khan’s government the will be further improved as the affects of the Imran Khan government’s inability will be decreased.

The finance minister also touched upon the ongoing power shortfall in the country and said the current generation level is lower than the required 30,000, however, he expressed hope that the shortfall will be eliminated in the coming weeks.

Blaming the Imran-led government for the power crisis, he said the PTI government failed to issue timely LNG tenders and the liquefied gas is now in short supply.

With Europe now curtailing the use of Russian gas, major LNG producers around the world are now supplying the continent with LNG and the fuel is in short supply for other customers.

Miftah Ismail added that a nuclear power plant will be commissioned soon and the government is actively promoting the use of solar energy. Miftah Ismail said that PTI violated the merit order in production of electricity daily as they were used to run costly power plants on furnace oil and not run cheaper power plants but the current government has not violated the merit order in last three months. He said that the government is importing the coal from Afghanistan, South Africa, Indonesia and Australia, adding that we are also importing furnace oil. Miftah Ismail said that we are also importing gas and LNG and along with existing agreements we are also making new agreements.

Miftah Ismail said that one more nuclear plant of 1100 megawatt will start production in Karachi in next one or two days and it will help reduction in electricity load shedding.

Miftah Ismail said that Punjab government is providing subsidy to electricity through its own resources as the money has been allocated in budget. He also criticised the PTI for moving ECP against the free electricity initiative launched by Punjab Chief Minister Hamza Shahbaz. Miftah said while Imran Khan gave relief to real estate tycoons, he is against helping the poorer segments of society. He said that the poor people of Punjab could not gift diamond rings to the former first lady so Imran Khan’s party has stood in front of the relief announced by CM Punjab Hamza Shahbaz for the electricity consumers of Punjab.

Miftah Ismail said that there are false stories about the increase in electricity prices, adding that today the people will receive electricity bill on same prices which was charged from them last month and prior to last month. He said that whole PTI is standing on falsehood.

He said we will continue the Langarkhana and Kamyaab Jawaan Programs and will reshape them to benefit maximum deserving people. Miftah Ismail said that our focus is on running the factories instead of electricity and other things but langarkhanas have not been closed, adding that why any poor person is misguided about meal. He said that Pakistani government and Imran Khan not spent a single penny on langarkhana, adding that langarkhanas are being run by

Saylani Welfare Trust owned by Maulana Bashir Ahmed Farooqui and his aides. He said that still Saylani Trust is providing meal at the langarkhanas. He said that PTI’s kamyab loan program was for its blue eyed people and for banks, adding that Rs 25 million loan could not be given and we will only provide loan up Rs 1 million to Rs 2 or 2.5 million to the deserving people.

He said that there is no hurdle in agreement with IMF and rumors regarding this are false. Miftah Ismail said that he is hopeful that ghee and oil prices will come down up to Rs 400 per kg in one week or less time. He said that forex reserves are over $10 billion.

Meanwhile Ms. Wendy Gilmour, the High Commissioner of Canada for Pakistan, called on Federal Minister for Finance and Revenue, Miftah Ismail and discussed various avenues of cooperation between both the countries and investment opportunities in Pakistan.