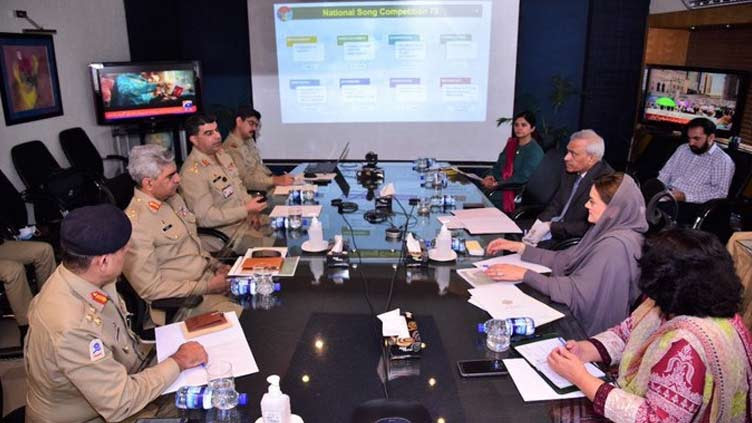 Express satisfaction over the arrangements for the nationwide celebrations

A meeting to review arrangements of Pakistan’s diamond jubilee celebrations was held in Islamabad on Wednesday.

It was informed in the meeting that full participation of youth in Independence Day celebrations and competitions will be ensured. The meeting reviewed the proposed celebrations and preparations for the 75th anniversary of the founding of Pakistan.

A detailed briefing on the 75th anniversary celebrations was given by the Ministry of Information and Broadcasting and ISPR at the meeting.

The meeting was briefed that competitors for national songs competition will be shortlisted by 9th of this month.

The meeting was also informed that winning candidate’s national song will be broadcast on national hookup from 11th to 14th August.

The Minister and DG ISPR expressed satisfaction over the arrangements for the nationwide celebrations.