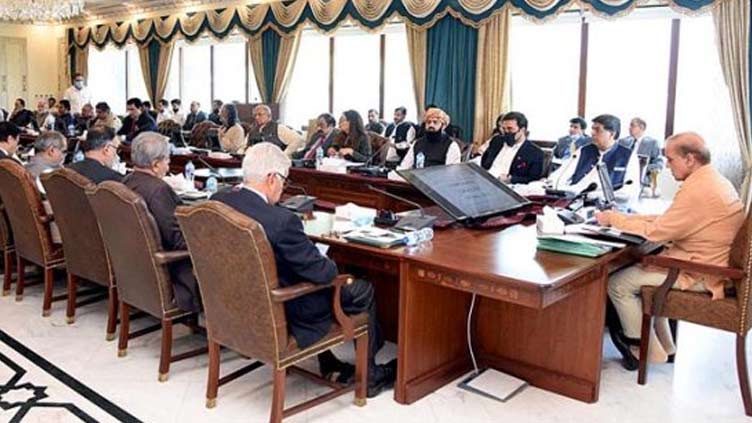 This was announced by Minister for Information and Broadcasting Marriyum Aurangzeb while briefing the media persons in Islamabad on Tuesday along with other cabinet members including Minister for Climate Change Sherry Rehman and Qamar Zaman Kaira.

Marriyum Aurangzeb said the cabinet has also condemned the recent attack on polio workers that claimed three lives including two Police constables. She said the Prime Minister has sought inquiry report of the incident. She said Interior Minister Rana Sanaullah has directed to initiate the inquiry and a comprehensive report of the matter will be submitted in the next federal cabinet meeting.

The information minister said federal cabinet also approved the new rules under visa regime review for Afghan citizens. She said under new rules, Pakistan’s consulates all over the world will process the visas of Afghan citizens by considering their country of stay instead of their country of origin. Through online visa facilitation, Afghan citizens including drivers, transporters and helpers will be able to extend their visas for six months.

She said the authority to extend the visas from six months to a period of one year has been given to Ministry of Interior. The minister said to continue the process of facilitating ease of doing business in the country, the Prime Minister constituted a cabinet committee. She said visa regime review also includes relaxation of visa provision to Afghan patients.