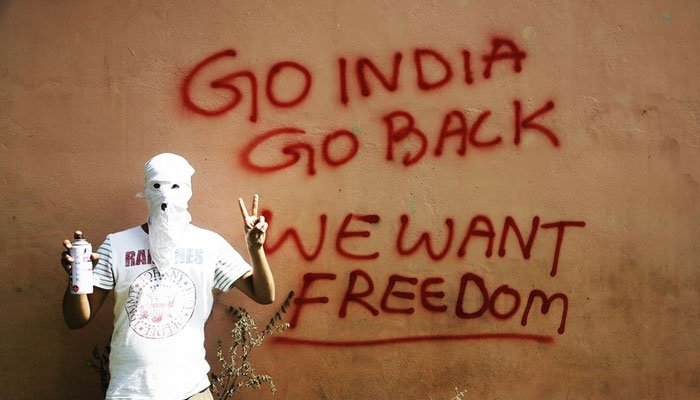 Redrawing electoral maps, a ploy to disempower Muslim majority in IIOJK: Speakers They said these actions are in violation of several human rights treaties of the Fourth Geneva Convention

Speakers at a webinar hosted by Kashmir Institute of International Relations (KIIR) in collaboration with World Muslim Conference have said that the Delimitation of Assembly segments in IoK is aimed at disenfranchising and disempowering the Muslim majority population of Indian Illegally Occupied Jammu and Kashmir (IIOJK).

In his initial remarks the chairman Kashmir Institute of International Relations Altaf Hussain Wani while underlining the dangerous dimensions of the move said that said that redrawing of electoral maps to reduce the political centrality of the Muslims in Jammu and Kashmir’s politics has since long been a dream project of the far-right wing parties including the BJP.

Redrawing electoral maps, he said, was part of India’s systematic settler colonialism campaign to subjugate Muslim majority, minimize its role in decision making process and provide political mileage to the BJP to enable it to form government in the region so that it could legalize and legitimize the 5th August 2019 controversial decision and the subsequent actions it had taken so far on Kashmir.

Taking strong exception to delimitation commission’s biased approach the speakers said that the process of disempowering and marginalizing the Muslim majority that has begun soon after the abrogation of article 370 and 35 A has now gained momentum in the region. They also drew particular attention to the ongoing Indian efforts to further marginalise, disempower, and divide the beleaguered Kashmiri population.

They said these actions are in violation of several human rights treaties of the Fourth Geneva Convention, which prohibited any change in the demographics of occupied areas.

Speakers called on India to refrain from bringing about any illegal demographic changes in the occupied territory, stop forthwith its oppression in the region, and let the Kashmiri people determine their own future through a free and fair plebiscite under the UN auspices.

Post Views: 78
2022-06-18
Previous Post: CJ IHC Athar Minallah says state was involved in practice of enforced disappearances
Next Post: The poor segment of society is in dire need of relief at this time. Shehbaz Sharif