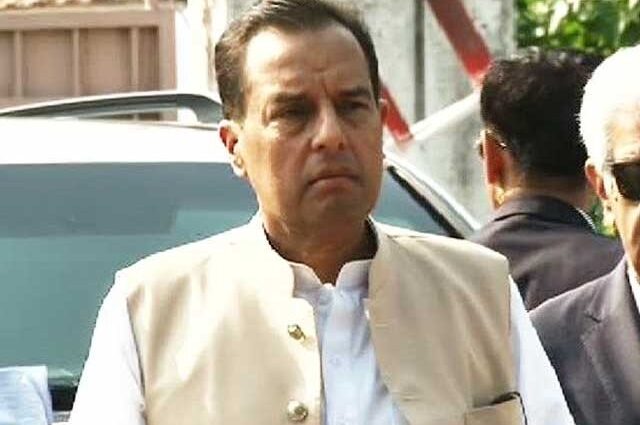 Gujranwala court indicts captain (retd) Safdar and Imran Khalid Butt in sedition case The court also summoned witnesses on June 20, while those accused of having interfered in the affairs

Captain (retd) Muhammad Safdar and Pakistan Muslim League-Nawaz (PML-N) member of provincial assembly (MPA) Imran Khalid Butt have been indicted by a court in Gujranwala on Saturday in the case of sedition and interference with the government.

The case was heard against Federal Minister for Energy Engineer Khurram Dastgir Khan, captain (retd) Muhammad Safdar and others including the MPA. Safdar and Imran Khalid appeared in the court of Judicial Magistrate Muhammad Azam Khan.

The court also summoned witnesses on June 20, while those accused of having interfered in the affairs of the government were summoned on June 29.

However, Safdar and Dastgir were granted exemption from appearing at the next hearing, whereas the former deputy mayor and MPA Imran Khalid Butt were ordered to appear at every hearing.

In 2020, a FIR was lodged against Safdar in Gujranwala for sedition and for “provoking the people against the state and its institutions.”

According to the FIR, Safdar had held a meeting at Imran Khalid’s residence and had threatened to “oust the government through protests”.

Safdar had announced that if authorities refused to give permission to the PML-N to hold a rally in Gujranwala, he would force them into giving the permission, the FIR claimed.