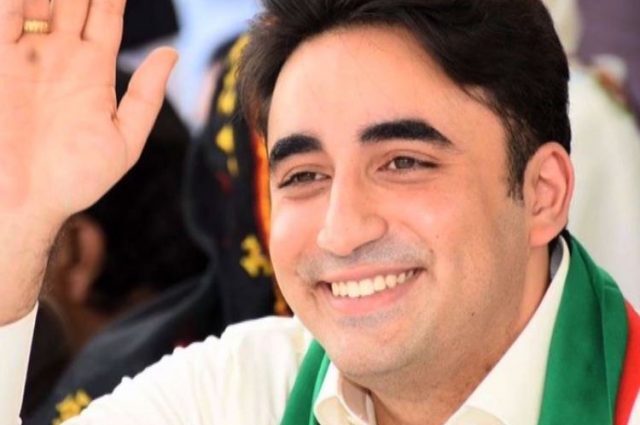 Pakistan & US have mutual desire to further strengthen their partnership: Bilawal Emphasizes importance of a broad based & sustained engagement between Pakistan & the US

Pakistan & US have mutual desire to further strengthen their partnership: Bilawal

Foreign Minister Bilawal Bhutto Zardari held meeting with US Congressman Ami Bera. In his conversation with Congressman Ami Bera, Chairman of the U.S. House Foreign Affairs Sub-Committee on Asia and the Pacific, Foreign Minister Bilawal Bhutto Zardari said that Pakistan and the U.S. have mutual desire to further strengthen their partnership and promote frequent exchanges between the lawmakers of the two countries. The Foreign Minister said that sustained engagement with the U.S. Congress was essential for giving support to Pakistan-U.S. ties, which had stood the test of time.

Congressman Ami Bera appreciated the Foreign Minister’s proactive outreach to enhance Pakistan-U.S. relations and thanked Pakistan for facilitating evacuations from Afghanistan. He said that a stable Afghanistan was in the mutual interest of both the U.S. and Pakistan. The Foreign Minister highlighted the urgency of addressing the humanitarian situation in Afghanistan.

Foreign Minister Bilawal Bhutto Zardari said that the recent reengagement had opened new doors for broad-based relationship especially in the areas of trade and investment, educational and people to people contacts as well as enhanced parliamentary exchanges.

The Foreign Minister thanked Congressman Ami Bera for his keen interest in forging closer ties between the United States and Pakistan and the evolving situation in Afghanistan. He thanked the Congressman’s recent visit to Pakistan which, he said, was a good confidence building measure.

The Foreign Minister and the Congressman agreed on the need for both sides to continue engagement.

Meanwhile Foreign Minister Bilawal Bhutto Zardari emphasized the importance of a broad based and sustained engagement between Pakistan and the US in his telephone call on Thursday with Senator Lindsey Graham.

Senator Graham endorsed the long-standing bilateral relationship between both countries and assured the Foreign Minister of his continued support for enhancing the partnership, especially in the economic realm.

Senator Graham is the Ranking Member of the Senate Budget Committee and serves on Senate Appropriations, Judiciary, and Environment and Public Works Committees.