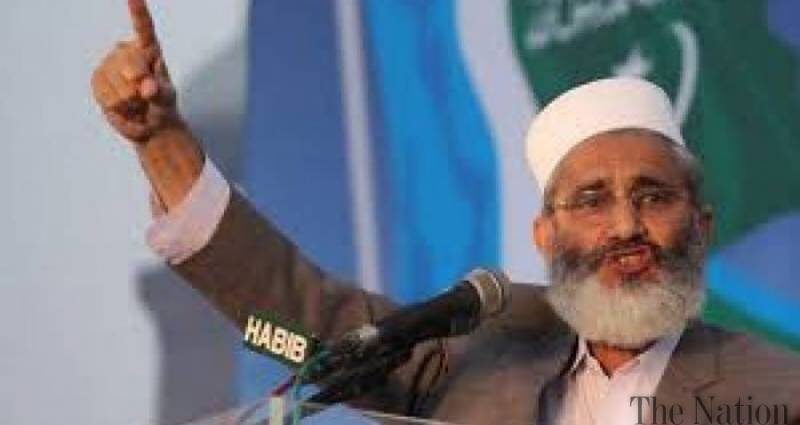 Jamaat-e-Islami Pakistan Emir Sirajul Haq has appealed to the political parties to stop questioning patriotism of opponents and branding them foreign agents.

The polarization in the society reached to the dangerous level, the country could no longer afford this division, Sirajul Haq said while presiding over the meeting of the central leadership at Mansoorah on Monday. The meeting decided to hold workers conventions across the country and demanded elections to bring the country out of prevailing crises. It reiterated the JI will participate in polls under its own flag and electoral symbol and give candidates in all over the country with maximum number of youth contesters.

The free and fair elections, said Sirajul Haq, was the only way forward to end uncertainty, adding the institutions must maintain their neutrality and stop interfering into political matters. Similarly, he asked the politicians not to drag the institutions into politics. He called for strict implementations of the Article 62 and 63 of the Constitution and end the role of wealth in the elections.

The JI chief said the political parties who ruled over country for years badly exposed and failed to provide relief to the masses. The ruling parties, he said, only protected self-interests while staying in power. It was pitying that two percent political elites were controlling all the wealth of the country where millions were deprived of even basic facilities like clean drinking water, medicines and education for their children, he said. Over 40 percent people in Pakistan were living below the poverty lines, he said.

Sirajul Haq regretted the new government had started the mantra of blaming the PTI government for bad economy. The former government, he added, continued the same rhetoric during four years rule over country. The prices of food items were going up with every day passing and the finance minister approached the IMF to get another installment soon after holding the charge, he added. The economy, he said, could not be strengthen by relying upon the international lenders rather the government should adopt the Islamic model to put it on track. He demanded the government give roadmap to get rid of the interest-based economy in light of the decision of the federal shariah court. He said the JI would continue struggle to transform Pakistan into welfare Islamic state, appealing the masses to vote for JI in the elections.