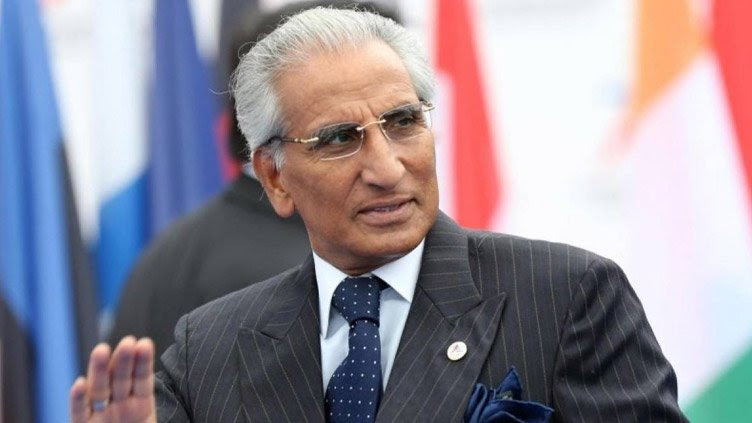 Syed Tariq Fatemi was removed from the post by Prime Minister Shehbaz Sharif. On Wednesday, PM Sharif had appointed Fatemi as his special assistant on foreign affairs.

A day after his appointment as Special Assistant on Foreign Affairs, Syed Tariq Fatemi was removed on Thursday from the post by Prime Minister Shehbaz Sharif.

However, he will continue to serve as a special assistant but without the foreign affairs portfolio. Fatemi has also been granted the additional status of a minister of state.

On Wednesday, PM Sharif had appointed Fatemi as his special assistant on foreign affairs.

Meanwhile, Ehsan Ur Rehman Mazari has been given portfolio of Ministry for Inter-Provincial Coordination (IPC).

According to sources, Agha Hassan Baloch will be made Federal Minister for Science and Technology while Hashim Notezai will be appointed Minister of State for Energy.

Post Views: 121
2022-04-21
Previous Post: US Dollar strengthened by Rs1.05 in the interbank
Next Post: Govt has brought about changes in the rules followed for an individual’s name in ECL: Rana Sanaullah