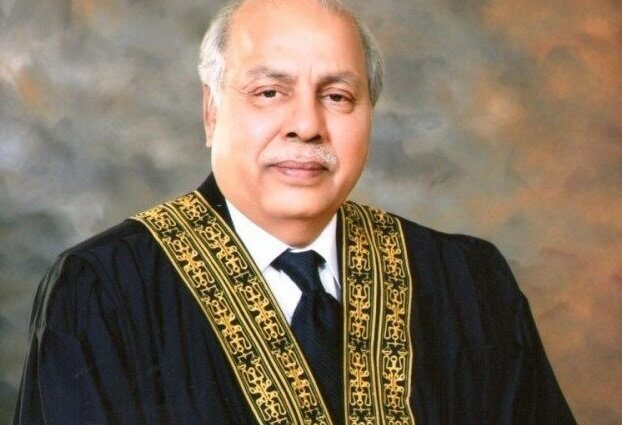 Opposition does not agree with suggestion of appointing ex-CJP Gulzar Ahmed as caretaker PM The Supreme Court is holding suo motu hearings on the National Assembly deputy speaker’s ruling.

Former Opposition Leader in the National Assembly Mian Muhammad Shahbaz Sharif informed President Dr. Arif Alvi on Wednesday that the Opposition does not agree with the suggestion of appointing former chief justice of Pakistan justice (retd) Gulzar Ahmed as the interim prime minister and that the process for the appointment issued by the head of the state was a “violation of law and Constitution”.

In a letter, Shahbaz confirmed to the president that he had received his April 4 message regarding the appointment of a caretaker prime minister.

The PML-N president informed President Alvi that the speaker’s ruling on April 3 on the no-confidence motion against PM Imran Khan was a “blatant violation of the Constitution of the Islamic Republic of Pakistan” and the “Rules of Procedure and Conduct of Business” of the lower house.

“The entire super-structure built thereon, including all consequential notifications relating to dismissal of the Resolution, advice of the Prime Minister regarding dissolution of the National Assembly, and continuation of the Prime minister in office are all illegal, without lawful authority and of no legal effect,” wrote Shahbaz.

He also shared the apex court’s ruling, stating that “any order passed by the prime minister and the president shall be subject to the order of the Court”.

“Thus process of appointment of caretaker Prime Minister started by you under Article 224(1A) of continuation in a hurried manner is simply to defeat the process of law and constitution without waiting for decision in sou motu case and petitions filed by combined opposition parties and other petitions challenging rejection of no-confidence resolution against prime minister and prorogation of requisitioned session of National Assembly by deputy speaker and consequent dissolution of National Assembly by prime minister, which are still pending adjudication before Supreme Court. Thus the start of the said process by you is not acceptable as it is violation of the law and Constitution and is subjudice,” said Shahbaz.

The PML-N president also said that Justice (retd) Gulzar Ahmed’s nomination as interim premier by PM Mr Imran Khan was a “blatant attempt to subvert the provisions of the Constitution and to pre-empt the decision of the Supreme Court”.

He added that all issues, including the violation of Article 244 and 224A at this point, are “subjudice” and informed the president that the Opposition does not agree with the suggestion of appointing Justice (retd) Gulzar Ahmed as the caretaker prime minister.