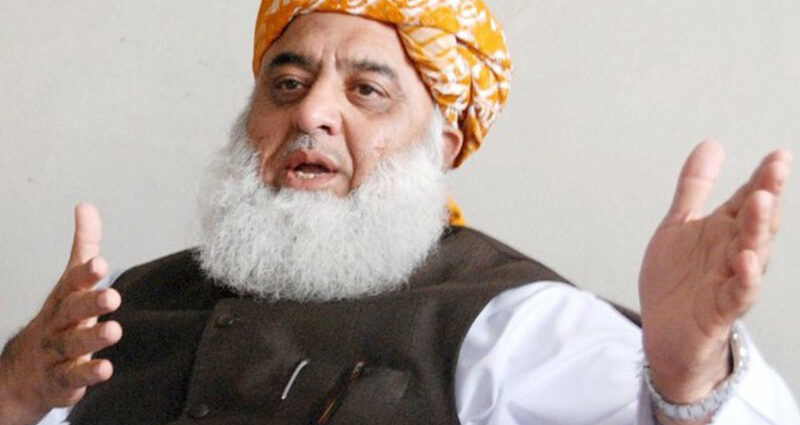 In 1988, Baluchistan’s assembly was dissolved but the court restored it. ” Chief PDM Opposition wants the courts to uphold the law and declare the deputy speaker's decision illegal. Fazal

Opposition could move toward elections once the Constitution has been upheld in the country: Maulana Fazl

Pakistan Democratic Movement (PDM) Chief Maulana Fazlur Rehman said on Monday that the Opposition could move toward elections once the Constitution has been upheld in the country.

Following this, the prime minister was quick to address the nation and congratulate them for “their success” as he asked Pakistanis to gear up for the elections.

The storm had not settled yet but the prime minister went ahead and advised President Dr. Arif Alvi to dissolve the National Assembly, who within a short time, followed suit and dissolved it. The matter is in the Supreme Court.

In his press conference on Monday, Maulana Fazlur Rehman said in 1988, Balochistan’s assembly was dissolved but the court restored it. “The court should take action against the recent violation of the Constitution and not delay it.”

The PDM chief lashed out at the deputy speaker for not taking the Opposition’s input while making the decision and censured the president for obeying the prime minister’s directives without asking any questions.

“The entire country has been pushed into a crisis our only demand is that the deputy speaker’s ruling is declared illegal,” Fazl said, terming Suri’s decision as “controversial and unconstitutional”.

The PDM chief said the deputy speaker issued a “controversial” decision based on a “controversial letter” as he warned the PTI and the prime minister that the Opposition would “not back down”.

“All of these unconstitutional moves are being made to come into power again — illegally,” the PDM chief said, adding that the prime minister has sought a safe exit by dissolving the assemblies.

Maulana Fazlur Rehman said the Opposition wants the courts to uphold the law and declare the deputy speaker’s decision illegal.

Post Views: 340
2022-04-05
Previous Post: Stones should not be thrown on others while sitting in the glasshouse: Aleem Khan
Next Post: Sirajul Haq calls for the formation of caretaker govt to hold fresh polls