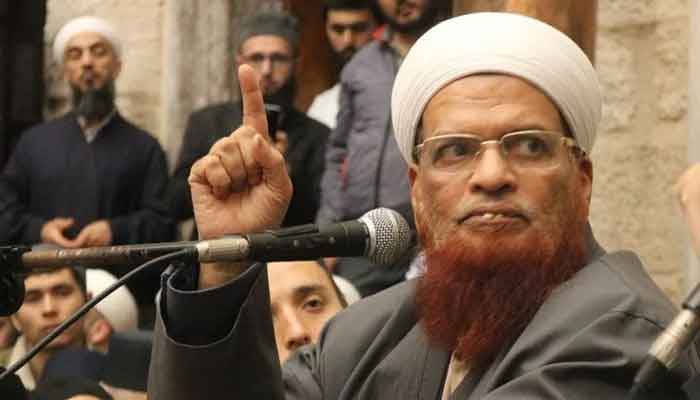 Islamic values are violated in the political squabble in country: Mufti Taqi Usmani

Expressing his grave concern over the ongoing confrontation among the top political leaders, renowned Islamic scholar Mufti Taqi Usmani on Monday said that Islamic values are violated in the political squabble in the country.

Mufti Taqi Usmani’s statement was issued on his official Twitter account on Monday after a series of harsh statements from Prime Minister Imran Khan against his political rivals during the past few days since the Opposition filed a no-trust motion against the premier.

“It’s frightening to think about how the Islamic rules and values are being abused in political squabbles. May Allah keep us safe from the consequences. In Surah Al-Hujurat, the Holy Qur’an says, do not make fun of one another, do not gossip, do not be suspicious, and do not call anyone by name.”

He also urged the political leadership to be decent as it is also detrimental to society.

“Whether the difference is political or ideological, to make it a matter of taking one’s life and abusing each other is deadly for the society. Criticism is done through arguments and not by vulgar language. Think about where we are going,” he said.

Post Views: 373
2022-03-15
Previous Post: Threatening to hold a rally at D-Chowk to hinder parliamentarians from voting
Next Post: Opposition has awakened the sleeping lion. Fawad Hussain