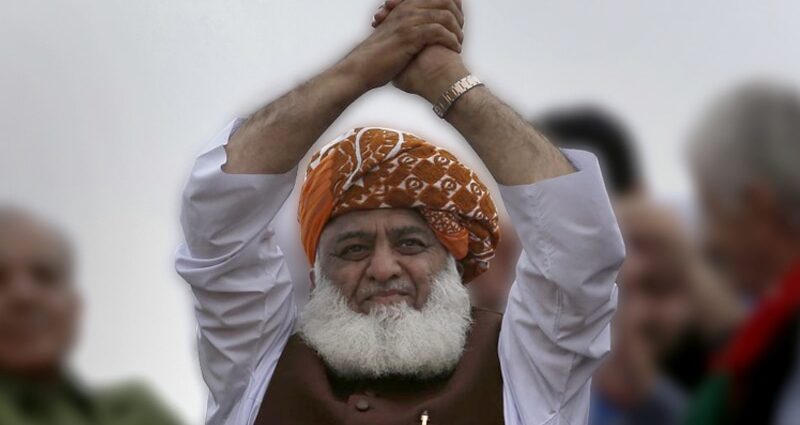 Fazlur Rehman Calls On Entire Nation To ‘March’ Towards Islamabad On March 23 “From the door of the Parliament House to Shahrah-e-Dastoor, we will hold a historic rally

“People should be ready for staying in Islamabad we are not sure till when will the long march last,” Fazl told journalists after Senator Faisal Javed announced that the PTI’s rally in Islamabad will take place on March 27 and the vote on the no-confidence motion will take place a day after.

“From the door of the Parliament House to Shahrah-e-Dastoor, we will hold a historic rally. Through this, we will give a safe passage to all lawmakers to reach the [assembly] and cast their vote,” he said.

Fazl made the announcement after a meeting of Opposition parties which was hosted by Leader of the Opposition in the National Assembly Shahbaz Sharif.

Fazl said ANP, PPP, and NDM have also been invited to partake in the “march”, hoping that their response would be positive.

Prime Minister Imran Khan has also tasked PTI leaders to gather one million people in the federal capital as the government eyes holding the “biggest” rally in Islamabad’s history in the face of the no-trust motion.

The PDM chief said the Opposition’s no-confidence motion against the prime minister was “in-line” with the expectations and the hopes of the Pakistani people.

Fazl lashed out at the PTI-led government for going against the Opposition’s no-trust move by “warning the lawmakers from going to the Parliament” and opting for “unconstitutional” tactics.

In today’s meeting, Fazl said the NA speaker was bound by the constitution to call a session on voting on the no-confidence motion after the requisition for the session has been submitted.

“If the speaker does not follow this, he is liable to legal action,” Fazl warned, adding that the meeting’s participants also stressed that the session’s first agenda point should be of the no-confidence motion.