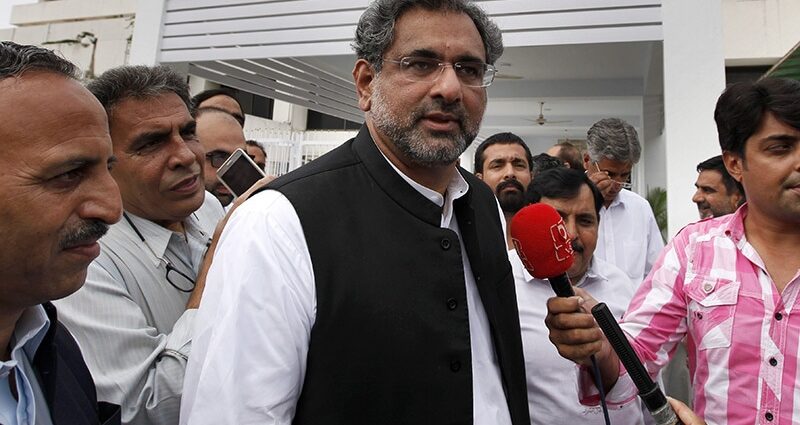 Govt which came to power unconstitutionally will go home constitutionally. Abbasi “No-confidence motions are never publicized and that media only know when it will be submitted”,

Govt that had come to power on slogan of accountability turned out to be the most corrupt: Shahid Khaqan Abbasi

Shahid Khaqan Abbasi expressed these views in his conversation with media after appearing before the accountability court of Islamabad in LNG reference.

PML-N vice president criticized the prime minister for his fresh U-Turn. He elaborated that the premier used to propagate that the increase in petroleum prices in Pakistan was owing to inflation in the international market. “Recent decrease in petroleum prices will prove catastrophic to masses as IMF will levy massive taxes owing to government’s policies contrary to IMF directions”, he noted. The PML-N leader added that Imran Khan was doing all that intentionally to create hurdles for the upcoming government.

The former premier said that it was unfortunate for the country that the government which had come into power with the slogan of accountability had been proved as the most corrupt one. He maintained that NAB, which was established to control corruption, was the most corrupt institution of the country. He also showed hope that all corrupt elements would stand accountable shortly.

Shahid Khaqan Abbasi said that Mian Muhammad Nawaz Sharif went abroad for treatment and he will return back after undergoing treatment, adding that Nawaz Sharif himself will make decision about early return. He said that the government wants to complete its tenure eagerly but the people of Pakistan will not allow happening this.

Post Views: 99
2022-03-01
Previous Post: Uzbekistan has reiterated the commitment to further strengthen its bilateral ties with Pakistan
Next Post: “Applications of the registered families are currently going through data analytics.