The sale of petroleum products recorded an increase of 19% in January 2022 On the month on month (MOM) basis, the sale of 1.5 million tons in December 2021. 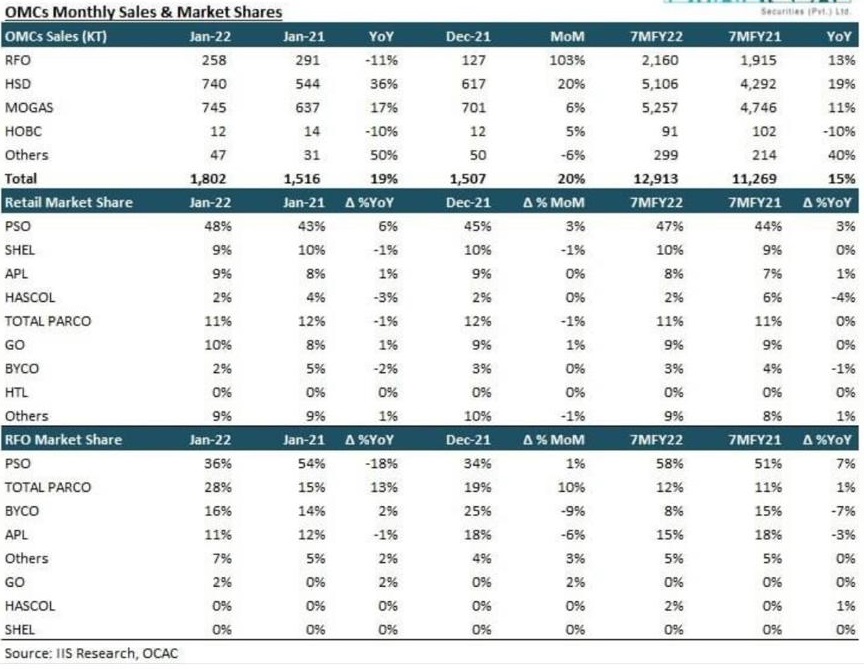 The sale of High Octane Blending Component (HOBC) witnessed a decline of 10% YOY and an increase of 5% MOM as the sale declined from 14,000 tons in January 2021 to 12,000 tons in the corresponding month this year.

The healthy economic activities in the country along with robust demand from agriculture remained major drivers behind uptick in the volumes.