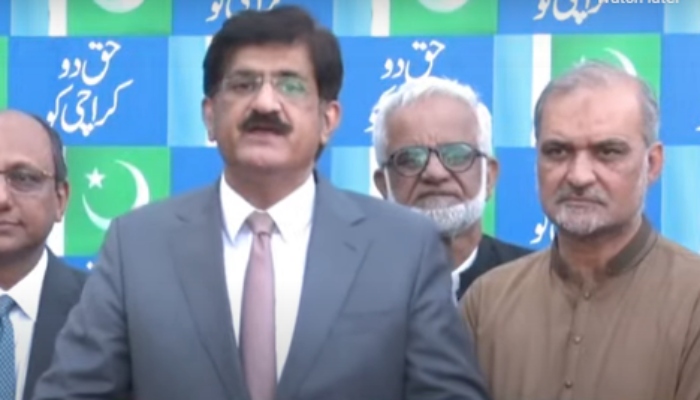 Syed Murad Ali Shah informed Hafiz Naeemur Rehman that the Sindh cabinet has approved amendments in the local government act in the light of the agreement reached with Jamaat-e-Islami Pakistan.

While talking to media persons after Sindh cabinet meeting, Saeed Ghani said that clauses of the Supreme Court of Pakistan verdict in local government law, which are clear, will be immediately implemented and which are not clear the clarification will be sought about them. He said that the amendments will be carried out in the laws in the light of the agreement struck with JI, adding that many things were agreed in the agreement with JI. He said that a committee has been established for brining change in the local government law, adding that till the new LG elections, the current district councils will continue work.

According to the spokesperson both leaders welcomed the Supreme Court of Pakistan decision regarding the establishment of the local government. Both leaders advised all the parties to work jointly in the best interest of Karachi and province. Dr. Ishratul Ibad Khan said that Sindh government should initiate big steps and take big decisions in the public interest.