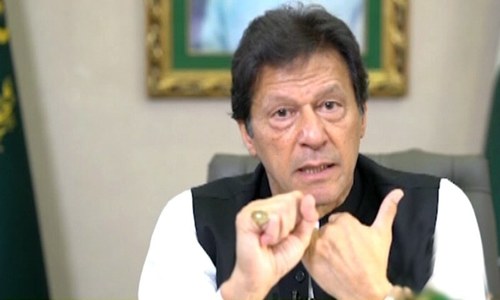 China is a model for all those countries which want an inclusive growth: PM Imran Khan Urges int’l community to think of the welfare of 40 million Afghan people which are faced with humanitarian crisis

China is a model for all those countries which want an inclusive growth: PM Imran Khan

Prime Minister Imran Khan has said Pakistan wants to emulate the Chinese model of development to ensure inclusive economic growth and lift the people out of poverty.

In an exclusive interview with the “Chinese Media”, PM Imran Khan pointed out that China has taken out 700 people out of poverty in the last three decades or so. He said the world community also recognizes this achievement as it has not happened in human history. He said China is a model for all those countries which want an inclusive growth.

When asked about multibillion China Pakistan Economic Corridor (CPEC) project, the Prime Minister said the first phase was focused on connectivity and power generation projects. He said the corridor project has now moved to the next phase of relocation of industries to Pakistan. We are developing special economic zones. He said Pakistan also desires Chinese cooperation in technology as well as to enhance agriculture productivity.

Alluding to the rapid urbanization in Pakistan, PM Imran Khan said we also want to learn from Chinese experience as to how they have built their mega cities and coped with urban development.

Imran Khan said both Pakistan and China enjoy mutually beneficial relationship spanning over seventy years. He said it is a deep relationship which has grown stronger with the passage of time. He said both the countries have always stood by each other in difficult times. The CPEC has linked the two countries.

On behalf of people of Pakistan, Prime Minister Imran Khan also felicitated the Chinese people on their lunar new year. He said he looks forward to his upcoming visit to China to witness the Winter Olympics.

Referring to the achievements of China in sports, he said Pakistan also looks forward to enhance collaboration with Beijing in this field as well.

To a question, the Prime Minister said the worst human rights violations are taking place in Indian illegally occupied Jammu and Kashmir (IIOJK), regretting the western silence on it. He said nine million people are living in an open prison in the occupied territory.

When asked about Afghan situation, the Prime Minister urged the international community to think of the welfare of 40 million Afghan people which are faced with humanitarian crisis. He warned against abandoning Afghanistan saying it will have disastrous consequences.

Post Views: 129
2022-01-30
Previous Post: Govt will not step back from his agenda of accountability at any cost: Fawad
Next Post: Pakistan reports 29 deaths from coronavirus during last 24 hours