Pakistan’s National Security Policy on Kashmir looks like maintaining the status quo. S. Gilani “That Kashmir merits only 113 words and is among the smaller segments in this document is curious.

Kashmiri Hurriyat Leader Saiyyed Abdullah Gilani has said that whatever has been mentioned in Pakistan’s National Security Policy on Kashmir looks like maintaining the status quo, which is not acceptable to the people of Kashmir.

Saiyyed Abdullah Gilani in a statement issued on Wednesday said that Pakistan’s National Security Policy that was unveiled recently has focused on geo-economics to define the security of the nation. The emphasis on the economy as the main bedrock of national security cannot be disputed. 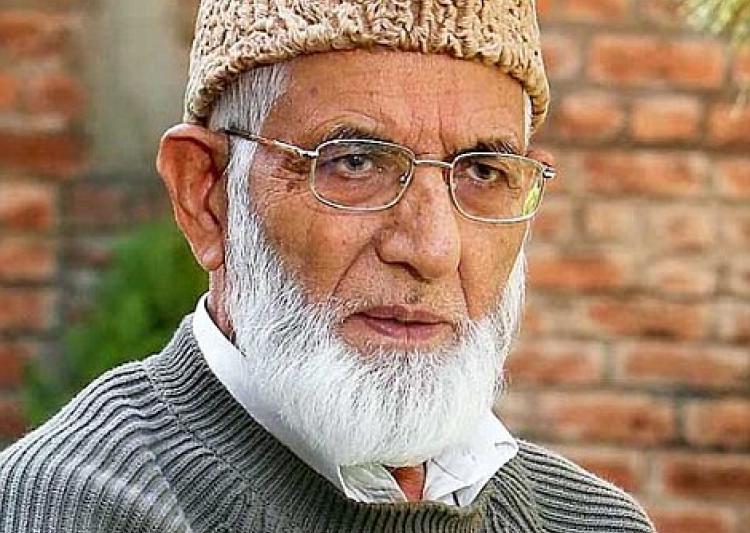 In a statement issued on Wednesday, Saiyyed Abdullah Gilani said that all the Pakistani Ambassadors, who have worked in New Delhi will vouch that the tallest leader of this era, late Syed Ali Shah Geelani had been emphasizing them to convey to Pakistani leaders to make Pakistan not only economically, but morally and ethically strong and that is the surefire way, not only to seek resolution of Kashmir issue but hope for all the downtrodden in South Asia.

“But it is distressing that this new Policy has not mentioned any roadmap for the resolution of the Jammu and Kashmir issue. Whatever has been mentioned on Kashmir looks like maintaining the status quo, which is not acceptable to the people of Kashmir” Saiyyed Abdullah Gilani said.

“That Kashmir merits only 113 words and is among the smaller segments in this document is curious. There is no mention of India’s Aug. 5, 2019 steps when it merged the state into the Indian Union, illegally and unauthorizedly. The absence of these issues in the National Security Strategy has raised concerns and it is a good time for the Government of Pakistan to clarify and explain” he said.

Saiyyed Abdullah Gilani said that founder of Pakistan Qaid e Azam Muhammad Ali Jinnah had mentioned Kashmir as a jugular vein for Pakistan, not just because of its Muslim majority character, but its significance for the security of Pakistan. Those who have drafted the National Security document must realize that Kashmir is interlinked to the geo-economics of Pakistan.

“Be that Kashmir’s snow-capped mountains, glaciers, water reservoirs, forests, they ensure food security to Pakistan’s plains. Even if the government in Pakistan wants to redefine security in terms of geo-economics instead of traditional security threats, it cannot wish away or ignore the issue of Jammu and Kashmir. Pakistani leaders should come out of the status quo mindset and draft a concrete plan to seek resolution of the issue that is hitting its geo-security as well as its geo-economics” Saiyyed Abdullah Gilani concluded.